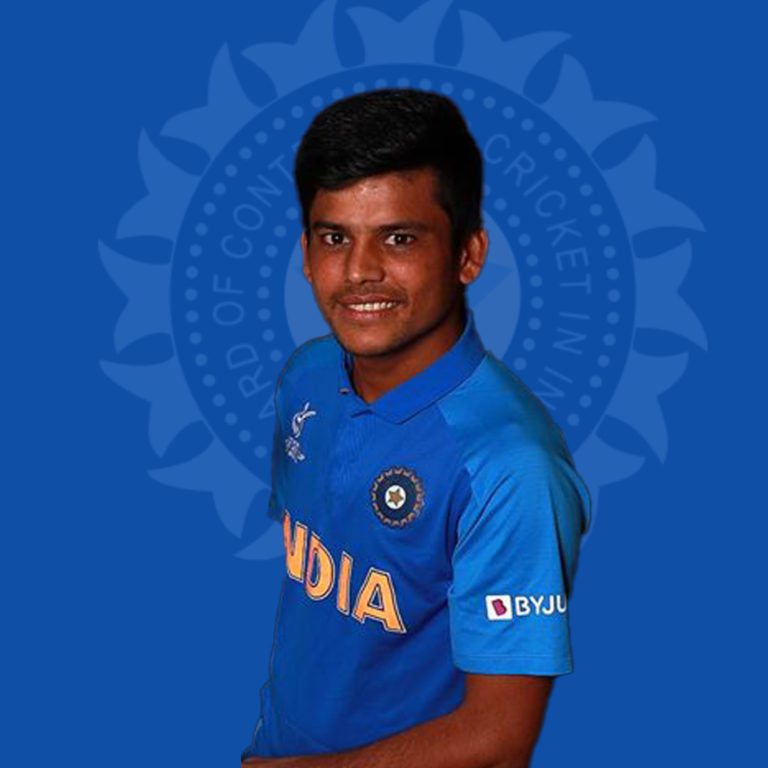 Born in a middle-class family of a vague village Quila Parikshitgarh, Priyam Garg was always an obedient child to Naresh and Kusum.

His father Naresh served the government by being employed at the Department of Health and Social Care as a driver. Priyam has a beautiful family of five siblings– 2 brothers and 3 sisters- Jyoti, Pooja, and Reshu. His elder brother Shivam is a hardworking pharmacist. Priyam is the youngest of all his siblings.

The family struggled really hard to fulfil their basic needs. They could not afford the little luxuries like owning a television, which is why all the kids would run to the nearby paan shop to watch it. Since the family was financially unstable, his father Naresh would often do odd jobs to make both ends meet. He would distribute newspapers, sell milk and do heavy chores like load goods in the truck to earn a little sum.

At the age of 6, Priyam developed a keen interest in the game of Cricket. His father always motivated him to hone his cricket skills.

At 8, he made him enrol at Victoria Park Cricket Training Ground, which was 40 kilometres away from his hometown. Priyam would travel daily by bus along with one of his siblings. Amongst all the miseries, Naresh would still somehow manage to pay Priyam’s cricket training fees. He once rented money from one of his friends to buy a cricket kit for Priyam.

In 2011, while Priyam was just 11, his mother Kusum passed away, leaving him completely shattered and grief-stricken. The anguished Priyam decided to leave cricket and work to support his family. However, his father still motivated him to pursue his passion.

Later Priyam got highly focused and left his education to concentrate on his cricket career.