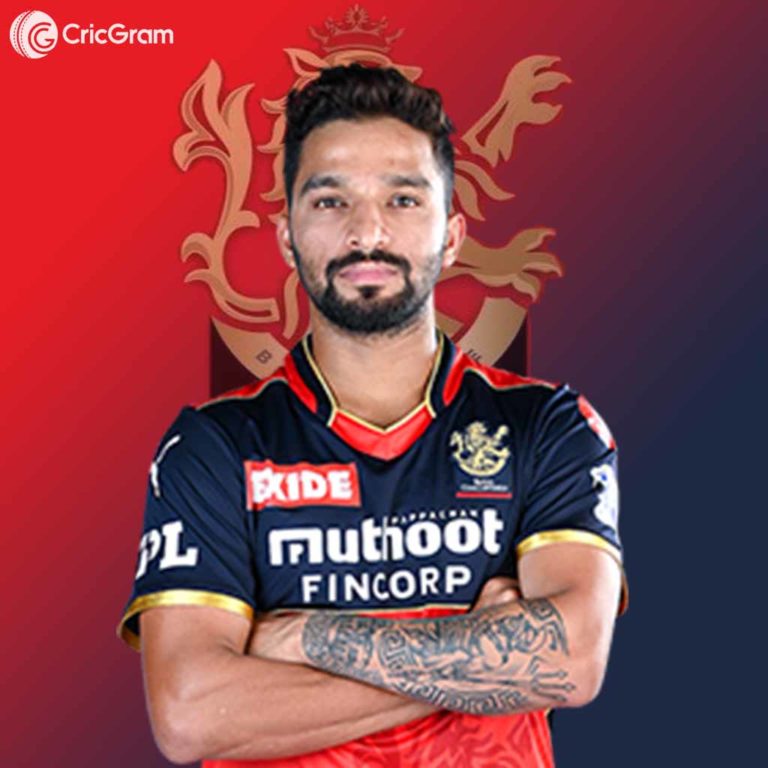 Rajat Patidar is an Indian Cricketer who plays for Madhya Pradesh in Domestic Cricket since 2015 and He is a part of Royal Challengers Bangalore in the IPL since 2021.

Rajat Patidar biography: Patidar, who made his cricket debut with the RCB team in the Indian Premier League, was born on 1 June 1993 in the city of Indore, Madhya Pradesh. His full name is Rajat Manohar Patidar, and he is mainly known to play domestic cricket for the Madhya Pradesh team, and IPL cricket for RCB.

He plays as a Cricket batsman in his team and Rajat Patidar batting style is right-handed, and he plays in his team as a top-order batsman.

Patidar started playing cricket professionally in the year 2015 with the Madhya Pradesh domestic team, and he was selected in the IPL for the First time in the IPL season of 2021 by the Royal Challengers Bangalore team.

He made his first-class debut for Madhya Pradesh against Baroda on October 30, 2015. And he has played 39 first-class cricket matches so far in which he has scored 2588 runs at an average of 40.43 with the help of14 half-century and 7 centuries

Later, he also made his List A debut for Madhya Pradesh on December 11, 2015, against Saurashtra. He opened the innings for his state and scored an impressive half-century and again impressed everyone. And he has scored 1397 runs with the help of 5 half-centuries and 3 centuries in 42 List A innings so far.

Patidar was picked by the Royal Challengers Bangalore in the 2021 IPL auction for his base price of 20 lakhs. And He made his IPL debut on Apr 09, 2021, against Mumbai Teams, Unfortunately, he did not score many runs in his ipl debut match and was sent back to the Pavillion by Trent Boult for just 8 runs.

Patidar was not included by any team in the mega auction of IPL 2022, but he was later included in the team of RCB as a replacement for Luvnith Sisodia. And he will also be part of the Royal Challengers Bangalore team in the year 2022

Patidar has been playing domestic cricket since Feb 2015 with the Madhya Pradesh team, and he has been playing in the Indian Premier League (IPL) since the year 2021, and has made many runs for his domestic team & IPL team, so let’s see his ‘Rajat Patidar stats‘.