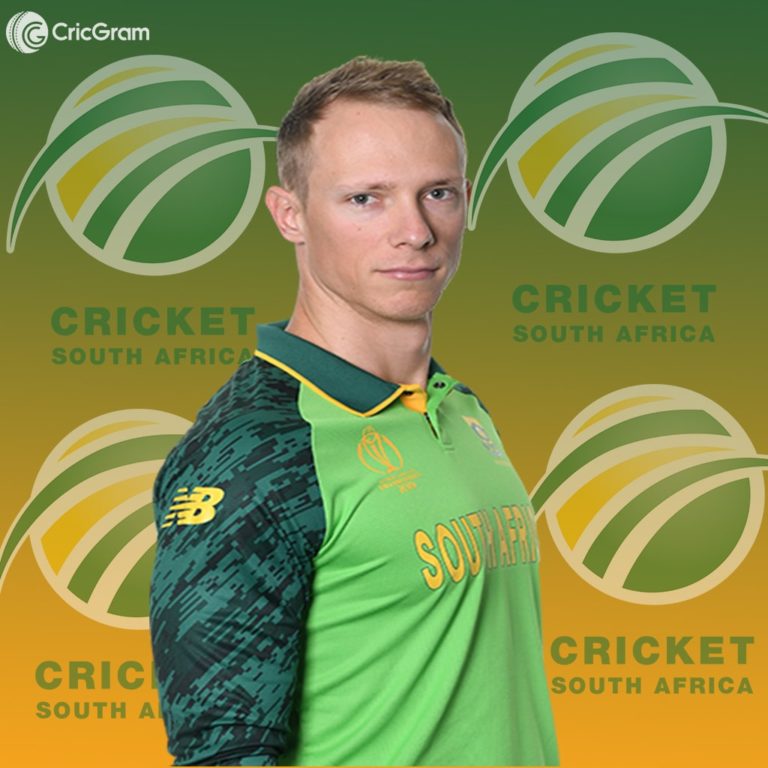 If you also want to know about Rassie’s family, then for your information, let us tell you that he has not shared any information about his parents and family on the internet yet.

He plays as a batsman in his team, and his batting style is right-handed, and he is known for batting in the top order.

Rassie has played cricket for the following teams in his cricket career so far.

He made his first-class debut on 14 February 2008 while playing with the Northerns team, and then made his List A debut on 5 October 2008. While he made his debut in T20s cricket on January 27, 2013, playing against the North West team.

He made his international Test debut on 29 December 2019, playing against the England team, and he has played 15 Test cricket matches so far in which he has scored 824 runs with the help of six half-centuries.

At the same time, he made his One Day International cricket debut against the Pakistan team on 19 January 2019. And he has got a chance to play 35 ODI cricket matches so far in which he has scored 1365 runs with the help of 2 centuries and 11 half-centuries.

He started his international cricket career with T20I and made his T20I debut on 9 October 2018 against the Zimbabwe team. And he has got a chance to play only 35 T20I cricket matches. So far, in which he has scored 1008 runs with the help of 7 half-centuries.