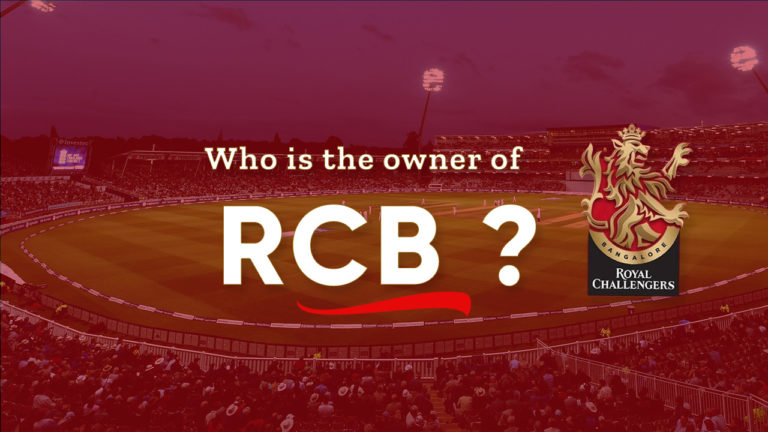 In this article, you will get to know who is RCB Owner in IPL 2021, RCB net worth, and Royal Challengers Bangalore brand value.

The Virat Kohli-led Royal Challengers Bangalore is one of the most loved IPL teams around the Globe. Though they have never been successful to win the competition but players like Virat Kohli and Ab de Villers in the team makes it the one the most followed IPL team.

They have had big names like Rahul Dravid, Anil Kumble, Chris Gayle, and Kevin Pieterson in the past who have represented the team. They reached the finals of the tournament in 2009, 2011, and 2016 but had to face disappointment all three times.

Who is the owner of RCB in the IPL ?

We all know the popularity of RCB in India and did you ever wonder who owns this franchise. We all know that Mumbai Indians are owned by the Ambanis but what about RCB. So let’s begin, The Virat Kohli-led Royal Challengers Bangalore is owned by United Spirits. United Spirits is a British multinational beverage company based in the UK.

We all know about the Vijay Mallya controversy. In 2016, Mallya stepped down as the Chairman of the Company and gave away the control of the franchise and as a result, currently, the franchise is wholly owned by United Spirits.

In 2020, Sanjeev Churiwala was replaced by Anand Kripalu as the RCB chairman. He was also seen in the IPL 2021 Auction table along with the Director of Cricket Operations, Mike Hesson.

What is the brand Value or net worth of RCB in the Indian Premier League ?

According to global brand valuation, the franchise is expected to have a brand value of about $49.7 million which is a huge number. These numbers keep changing every year and also depend on the performance of the team.