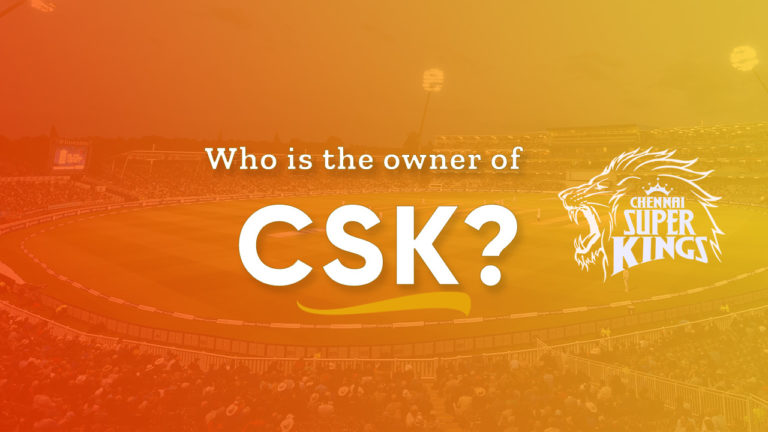 In this article, you will find who is CSK Owner in IPL 2021, CSK net worth, Chennai Super Kings brand value.

The MS Dhoni-led Chennai Super Kings is probably the most popular team in the Indian Premier League. It has a fantastic history in the tournament. Though the side was banned for two years in 2015 it is still one of the most loved teams across the country.

CSK made a fantastic return in the tournament in 2018 and won the trophy and brought happiness to their fans. Chennai Super Kings have lifted the trophy three times in the years 2010, 2011, and 2018. They have been into the playoffs almost all the seasons except 2020.

The Owners and the whole team have a strong bond towards each other. The owners have supported the players through thick and thin and their fans too, are very supportive. The team has built an emotional relationship between their fans and the players who play for the team.

Who is Owner of the IPL team CSK ?

India Cements is currently the CSK Owner. The team was sold to India Cements in 2007 for a bid of $91 million under the ownership of N Srinivasan and acquired the rights for the franchise for 10 years.

Due to internal issues and the two-year ban in 2014, the ownership of the team was transferred and is currently owned by Chennai Super Kings Limited and regarded as the sole owner of the franchise.

N Srinivasan is still the strong pillar behind the scenes for the team and is actively involved in IPL auctions as well as the management. The Chief Executive Officer of the team is Kasi Viswanathan.

Chennai Super Kings Brand Value ? How much does the CSK Owner earn ?

The team is definitely a huge success for the owners commercially as well as for the brands connected with it. In fact, it has the highest brand value compared to all other teams in the tournament.

It was a very tough and challenging year for all the teams commercially. It will be no surprise if CSK generates a higher revenue in the coming years considering the massive fan following it has across the whole country.