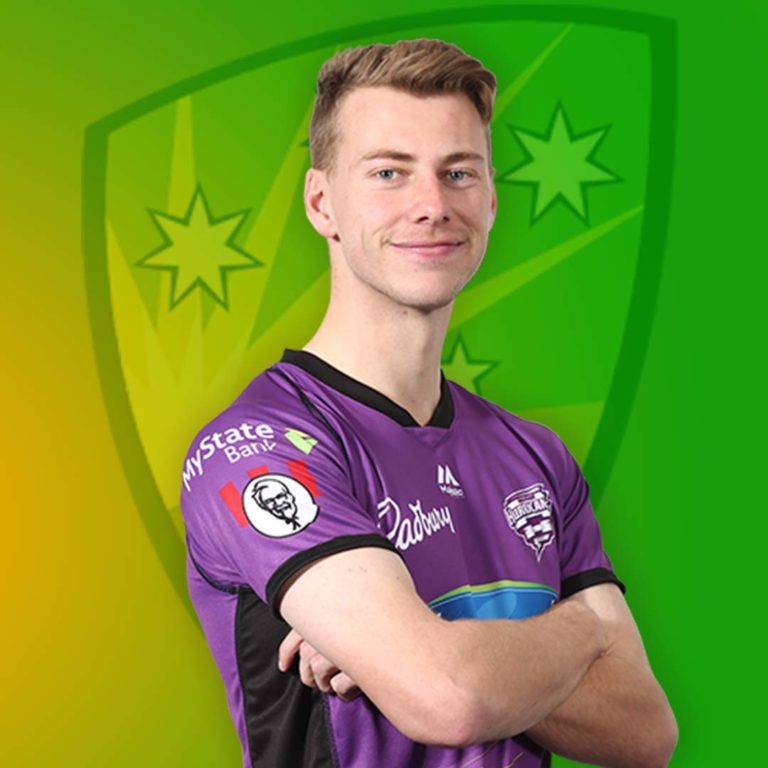 Riley Meredith (born 21 June 1996) is an Australian Cricketer. He is a right-arm fast-medium bowler from Tasmania who can consistently bowl at a pace above 140kph.

He plays as a medium-fast bowler in his team and his bowling style is Right-arm Fast, and Riley Meredith’s bowling speed is 140+.

He started playing cricket professionally in the year 2017 while his selection in international cricket has been done in the year 2021, so let’s see his cricket career & debut.

He made his first-class debut on 13 November 2017 against the Victoria team, and Meredith has played 21 matches in first-class cricket so far, in which he has taken 58 wickets by giving runs at an economy of 3.62.

He made his List A debut on 10 January 2017 playing against the Pakistanis team and has played 24 List A cricket matches so far, taking 33 wickets conceding runs at an economy of five.

He made his debut in T20 cricket on 1 February 2018 against the Scorchers team and has played 56 matches in the shortest format so far, in which he has taken 72 wickets by giving runs at an economy of 8.34.

He has made his debut in international cricket with short format cricket ie T20 cricket in the year 2021, so let’s see ‘Riley Meredith’s International Cricket Career’

He made his ODI debut on 22 July 2021 against the West Indies team and has played only one ODI international cricket match so far.

At the same time, he made his debut in T20 International cricket playing against the New Zealand team on 3 March 2021, and he has got a chance to play only 5 T20 cricket matches so far in which he has taken 8 wickets by giving runs at an economy of 9.98.

At the same time, he made his debut in T20 franchise cricket with the Big Base League on 1 February 2018 and was part of the Hobart Hurricanes team in the BBL.

At the same time, he made his debut in the Indian Premier League with the Punjab King team in the year 2021, and he played his IPL debut match on 12 April 2021 against the Rajasthan Royal team, in which he took one wicket for 49 runs in 4 overs.