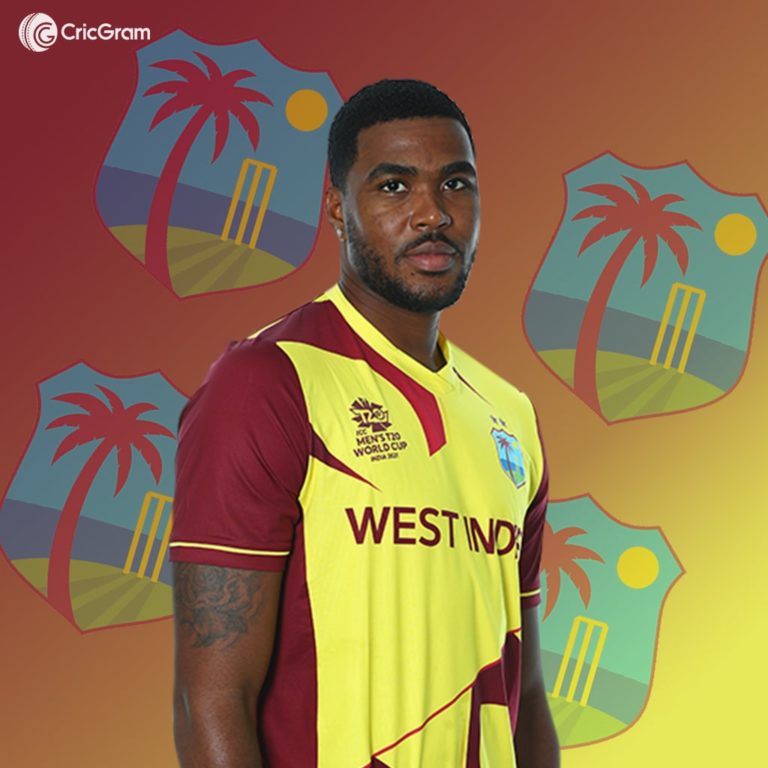 Obed McCoy biography: West Indies’s famous rising medium fast bowler Obed McCoy was born on 4 January 1997 in Jamaica, West Indies, his full name is Obed Christopher McCoy, and is primarily known for playing West Indies International cricket and franchise T20 cricket.
And he came into the media limelight when he ended the Global T20 as the highest wicket-taker for West Indies B.

He plays as a bowler in his team, and his bowling style is left-arm fast-medium, and he is especially known for bowling in the death overs of the match.

If we talk about Obed McCoy bowling Speed then his average bowling speed is between 135-145 Km/h.

He started playing professional cricket in the year 2017, and selection for the West Indies international cricket in October 2018. So let’s know about McCoy’s Cricket career & debut.

He made his first-class debut on 2 November 2017 against the Guyana domestic team and has played only 4 first-class cricket matches till now, In which he has taken 6 wickets by conceding runs at an economy of 4.02.

At the same time, he made his debut in List A cricket on 25 January 2017 while playing with the Windward domestic team, and he has got a chance to play only 21 List A cricket match so far in which he has taken 19 wickets by giving runs at an economy of 5.88.

At the same time, he made his debut in T20 cricket on 4 August 2017 against the Trinbago team, and he has got a chance to play 37 T20 cricket matches so far in which he has taken 48 wickets by giving runs at an economy of 8.50.

McCoy was first selected in the Caribbean Premier League (CPL) in the St Lucia Stars team on 4 August 2017, and then in the Pakistan Super League in April 2021, and was part of the Multan Sultans team.

And then in February 2022, he was selected for the Indian Premier League and he is part of the Rajasthan Royal team. And he played his IPL debut match against the Kolkata Knight Riders (KKR) team on 19 April 2022, in which he gave only 3 runs in the last over of that match, and took 2 wickets. And he took 2 wickets in his debut match by spending 41 runs in 4 overs.

On the other hand, if we talk about his international cricket career, then he has been selected for the West Indies International Cricket Team in October 2018. And he is part of the t20i and ODI cricket teams.

He made his international T20I debut on 8 March 2019 against the England team and has played 19 T20I cricket matches so far in which he has taken 19 wickets by conceding runs at an economy of 7.60.

He made his ODI debut on 24 October 2018 against India and has played only 2 ODIs so far in which he has taken 4 wickets by giving runs at an economy of 7.79.

He has been playing international cricket since Jan 2018, and has taken many wickets for his WI team, so let’s see his ‘Obed McCoy stats‘.