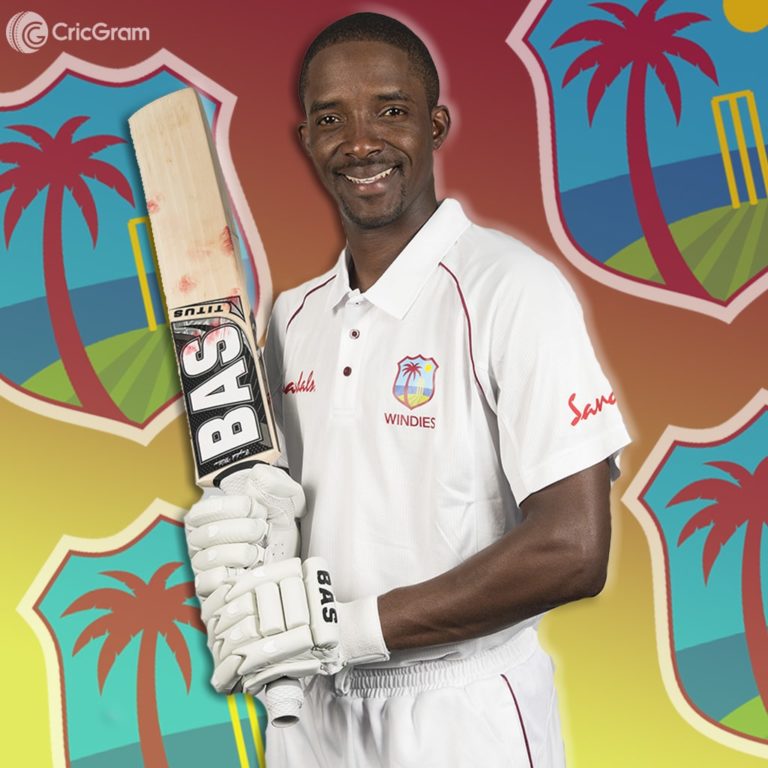 Shamarh Brooks is a famous international Caribbean player, and he started playing under-19s cricket at the age of just 18 in the year 2006 and was selected for the West Indies international team for the first time in the year 2019 for the Test Squad against India. And he is mainly known for playing international cricket and T20s Franchise cricket.

And he played for the Nevis Patriots and St Kitts in the Caribbean Premier League in the seasons 2016 and 2017. Brooks played only 4 matches in each season And scored 119 runs at an average of 23.80.

And when he was just 16 years old, he started playing cricket, and then at the age of 18 he was included in the West Indies under-19S

If we talk about Shamarh Brooks’s family, then there has not much information shared on social media & internet about his parents or any other siblings member.

Brooks is known for playing as a Batter in his team, And his batting style is a right-hand bat, and is especially known to bat in the top-order position of the matches.

He has been playing country club cricket/domestic cricket since 2007, and he was selected for the West Indies international team in Jan 2019.  So let’s see about Shamarh Brooks‘s domestic & international cricket debut and career.

Brooks has been playing domestic cricket since 2007 and started his cricket career with the List A cricket. So let’s see his Domestic Cricket Career & debut.

And then made his domestic T20s cricket debut on 06 September 2012 in the match of Barbados vs BCB XI at Port of Spain.

For the first time, He was selected for the West Indies international team in the year 2019 for the Test squad against India. And he has got a chance to play 11 Test matches so far, in which he scored 501 runs with the help of 1 century and 3 half-centuries.

And then, Brooks was selected in T20I Squad against the Pakistan series in 2021, and he made his T20I debut on 13 December 2021 while playing against Pakistan at Karachi. After that, He made his ODI debut on 08 January 2022 while playing against Ireland at Kingston. And Brooks has got a chance to play 15 ODI matches so far, in which he scored 532 runs with the help of 1 century and 3 half-centuries.

He was selected for the first time in the Caribbean Premier League (BPL) in the year 2016 CPL season in the St Kitts team, And then he was part of the Nevis Patriots team in the 2017 CPL season. till now, he has got a chance to play only 4 CPL matches in both CPL seasons so far, in which he scored 119 runs at an average of 23.80 with120.20 SR.