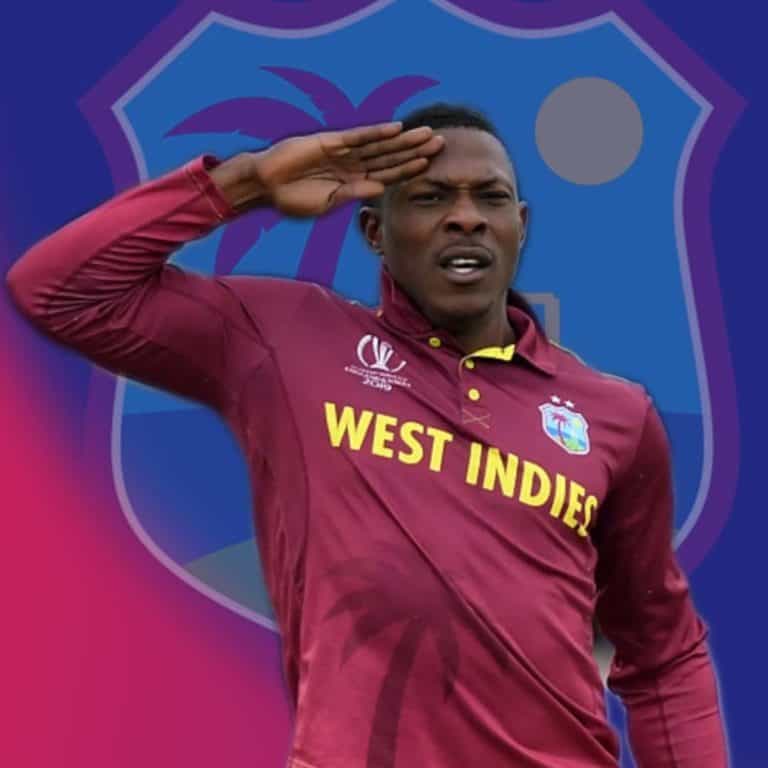 Sheldon Cottrell, a left-arm fast-medium bowler, was born in Kingston, Jamaica on August 1989. This international cricket player is professionally a Jamaican defence soldier.

He was also a part of the army workforce during the fifth ODI against India. At Sabina Park in 2011, Sheldon, along with his workforce was manning the pitch.

Even till now the Jamaican player has not forgotten his roots which is why he still salutes like a soldier on the ground whenever he pulls down a wicket. After every wicket, he marches and salutes to the pavilion.

The sergeant came to light when he grabbed 17 wickets in a 4-day domestic match in 2012/13.
He also left his remark during the inaugural edition of Carribean Premier League. But the rising player was pulled out of West Indies A tour in India due to certain injury.

Cottrell later made his Test debut in 2013 against India at Eden Gardens, Kolkata. This match held on 6th November 2013, was the penultimate test of the Great Sachin Tendulkar. Due to his not so impressive performance, he was dropped off from the second match.

Later in 2014, he made his T20I debut against England in 2014. Though the team lost the match to England, this Jamaican player bowled off two most crucial wickets of England openers in two consecutive overs.

On 25th January 2015, right-handed batsman made his ODI debut against South Africa.
After which, he has included in West Indies World Cup 2017 squad. By scoring a critical run for his team, the player leads the team to victory. In just six overs of his presence, he took away the wickets of both South African openers.

After being disappeared for almost two years from the ODI scene, Sheldon again made a comeback in 2017 ODI against New Zealand.

During the inaugural edition of Global T20 Canada tournament in June 2018, Cottrell was selected to play for Vancouver Knights. He was announced as the leading wicket-taker in the competition with sixteen dismissals in eight matches.

Raising the bar with every consequent match, this army player is eventually turning out to be the best.

He was again selected for 2019 Cricket World Cup held in England. The brave man gave exceptionally well performance in the tournament. Cottrell’s army salute won many hearts worldwide. He swept off some major wickets against Pakistan and Australia during the World Cup.

His salute-and-march celebration has become his trademark.

During a match in 2019 Cricket World Cup, Indian bowler Mohammad Shami imitated the Jamaican player after taking his wicket. A lot of people took Shami’s action as sheer disrespect to Cottrell’s patriotism. But the kind-hearted Sheldon took it all in good humour. He replied humorously to the action saying imitation is the most beautiful form of flattery. His gesture again won many hearts.

He came across a video of two fans imitating his celebration style on the streets. The player got impressed and invited them to India-West Indies match.

Former Indian Captain Mahendra Singh Dhoni has been incredibly serving the Indian Army for quite a long time now. The Jamaican pride Sheldon praised MS for his patriotism and called him a true inspiration on and off the field.