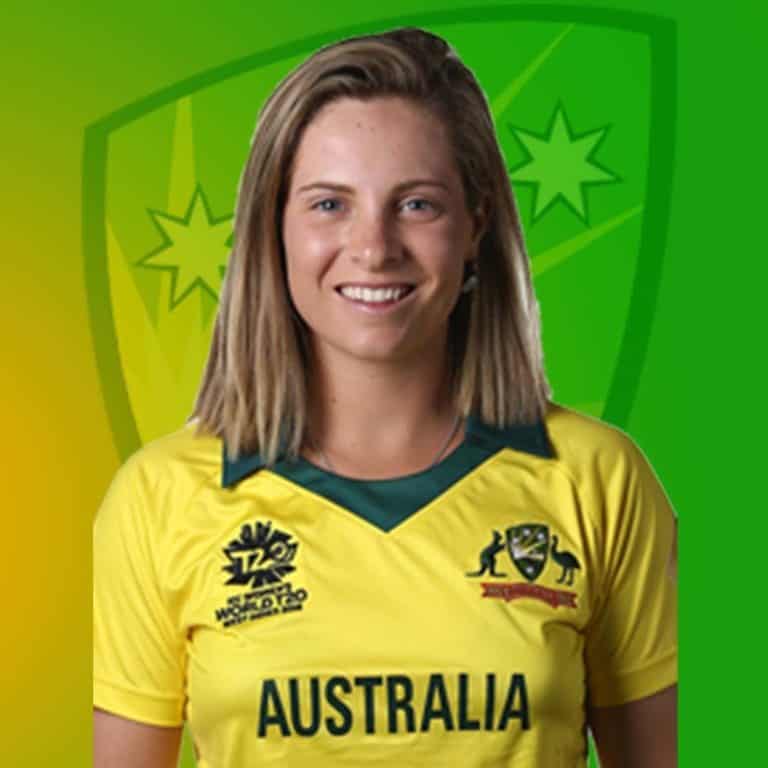 Sophie Molineux (born 17 Jan 1998) is an Australian cricketer. She is a left-arm orthodox bowling all-rounder and member of Australia national women’s team since 2018.

Sophie Molineux Born on 17th January 1998 in eastern Victoria, this magical lady was fond of cricket ever since her childhood.

Sophie’s father was also very fond of cricket, and he was the one who aroused her first love for the game.

She practised a lot with her father and once the duo made a brilliant partnership of 140 runs.

He trained her in his ways and was believed to be her very first coach.

Former head coach of Australia, John Harmer found this hidden gem from a sports match in Bairnsdale and trained her privately.

At a tender age of 12, she swept off seven wickets for zero runs at a primary school game.

A year later at 13, she scored 98 off 60 balls including five incredible sixes.

At U-18 VicSpirits Championship 2013, she took a hat trick while playing for Gippsland.

She stayed in Bairnsdale, only till she completed her graduation from Nagle College.

Also being good at academic front, she received an ATAR of 87.6

She plans to study occupational therapy ahead.

Currently residing in Fitzroy, she is sharing the place with two of her Australian teammates, Georgia and Tayla.

This brilliant player made her debut for Australian Women’s T20 International Cricket in 2018.

Later she made her debut in Women’s One day International for Australia Women in October 2018.

At Women’s National Cricket League, she rocked the season with a total of 7 wickets at an average of 20.71.

In February 2019, she got selected for Commonwealth bank tour of India.

In April 2019, she was offered a contract by Cricket Australia with an agreement ahead of 2019-20 season.

She made her test debut by getting selected in the squad of Women Ashes in July 2019.

She suffered a fracture in the back during 2014 which made her hibernate for quite some time.

She later dislocated her non-dominant right shoulder during state training sessions. It was a significant setback for the player after playing immensely beautiful cricket in the previous matches.

At 2017 Allan border Medal ceremony, she was honoured by the Betty Wilson Young Player of the Year award. It is a special award which recognises female cricketers who fall under age 25 and have played 10 or fewer matches.

This immensely skilful player has been awarded six times as the Player of the Match.

Her stable mindset and unstoppable urge to get better is what makes her different from the herd.