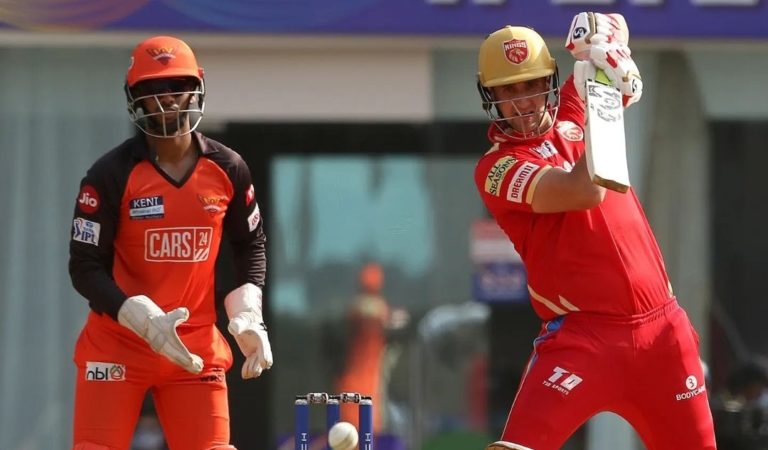 SRH VS PBKS Match Result: Sunrisers Hyderabad team beat Punjab by 7 wickets, and this win is SRH’s fourth win in 6 matches and with this win, they have reached 4th position in the points table. At the same time, this is the third defeat of Punjab in 6 matches.

In fact, the match number 28th of IPL 2022 was played between Sunrisers Hyderabad VS Punjab team, in which Punjab batting first scored 151 runs by losing 5 wickets in 20 overs, And where by chasing 151 runs, SRH team scored 152 with the help of good batting of Pooran (35*) and Aiden Markram (41*) and won the match by 7 wickets. And this win is SRH’s fourth win in 6 matches of IPL 2022.

Punjab Kings opener batsman Shikhar and Prabhsimran Singh could not get their team off to a good start and scored only 8 and 14 runs towards the pavilion, where Shikhar Dhawan scored 8 runs in 11 balls, while Prabhsimran Scored 14 runs in 11 balls with help of 2 fours, and fell victim to T Natarajan.

After that, Jonny Bairstow, who came at number three, disappointed his team, scoring 11 runs in 10 balls, and fell victim to lbw on the ball of Suchith’s second over 3rd ball and walking towards the pavilion.

Punjab Kings team’s middle-order star batsman Liam Livingstone took his team to a respectable score by playing brilliant innings of 60 runs in 33 balls with the help of 5 fours and four sixes while handling the innings after the fall of the opener wicket of Punjab. But unfortunately, his team lost the match by 7 wickets.

Umran Malik bowled well, took three wickets in one over

Sunrisers Hyderabad’s fast bowler Umran Malik, performing good bowling, took four wickets for 28 runs in 4 overs for his team, and together in the 20th over of this match, he sent three back-to-back PBKS batsmen towards the pavilion by dismissing in the same over. And bowled the 20th maiden over, and restricted the front team to only 151 runs. The advantage of which later got his team in the run chase and his team won the match by 7 wickets.

On the other hand, from the Punjab side, the famous spinner Rahul Chahar bowled economical, and gave 28 runs in 4 overs with 2 wickets, and tried his best to win his team but unfortunately, Punjab Kings lost this match by 7 wickets. And this defeat is Punjab’s third defeat in six matches.

Sunrisers Hyderabad’s famous batsmen Aiden Markram and Pooran batted well to give their team their fourth win of IPL 2022, and where Markram scored 41 runs in 27 balls with the help of four fours and one sixes, while Pooran Scored 35 runs with the help of 1 sixes and 1 four in 30 balls, and played an important role in winning his team.