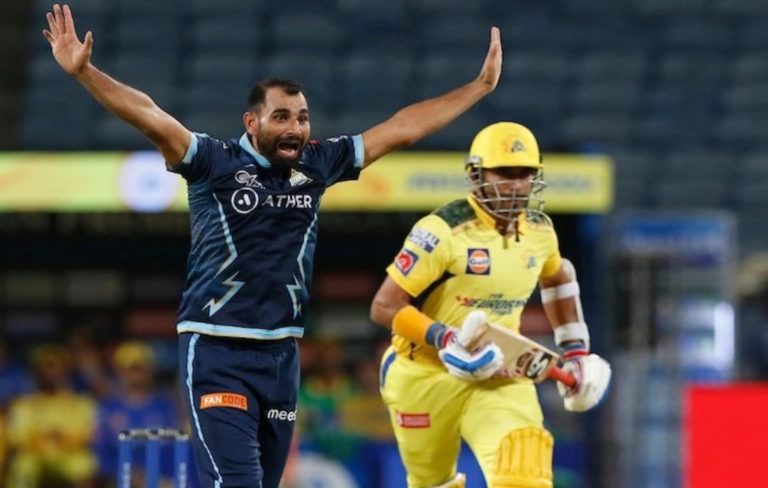 GT vs CSK Match Result: Gujarat beat Chennai Super Kings by 3 wickets, and the hero of this match was David Miller and Rashid Khan who turned the lost match in their favor in the last few overs and won the match by 3 wickets. And this is Gujarat’s fifth win in six matches and with this win, they are still top on the points table.

Actually, match number 29th of IPL 2022 was played between Gujarat Titans and Chennai Super King, where Chennai batted first and set the target of 169 runs in 20 overs for the loss of 5 wickets with the help of Rituraj Gaikwad (73) and Ambati Rayudu (40).
And where by chasing, the Gujarat team scored 170 runs with the help of brilliant knocks of Miller (94 runs in 51 balls) and Rashid Khan (40 runs in 20 balls) and won the match by 3 wickets.

The Gujarat team’s batsmen performed very poorly, two of their batsmen Shubman Gill and Vijay Shankar became victims of cricket ducks, where Shubman Gill was dismissed on the first ball of Mukesh Chaudhary with 0 runs. On the other hand, Vijay Shankar was also dismissed for 0 runs on the second ball of Theekshana.

From the Gujarat side team, Mohammed Shami bowled well and gave 20 runs in 4 overs with 1 wicket, and bowled economical for his team, while on the other hand another famous bowler Lockie Ferguson gave 46 runs in 4 overs without taking a wicket. Later which helped a lot in making the front team a big total.

Jordan gave the most runs for CSK

While bowling for the CSK team, his star bowler Chris Jordan looted a lot of runs and gave 58 runs in 3.5 overs, in which he gave 25 runs in the 18th over of this match, and due to his worst bowling performance, CSK lost his winning match.