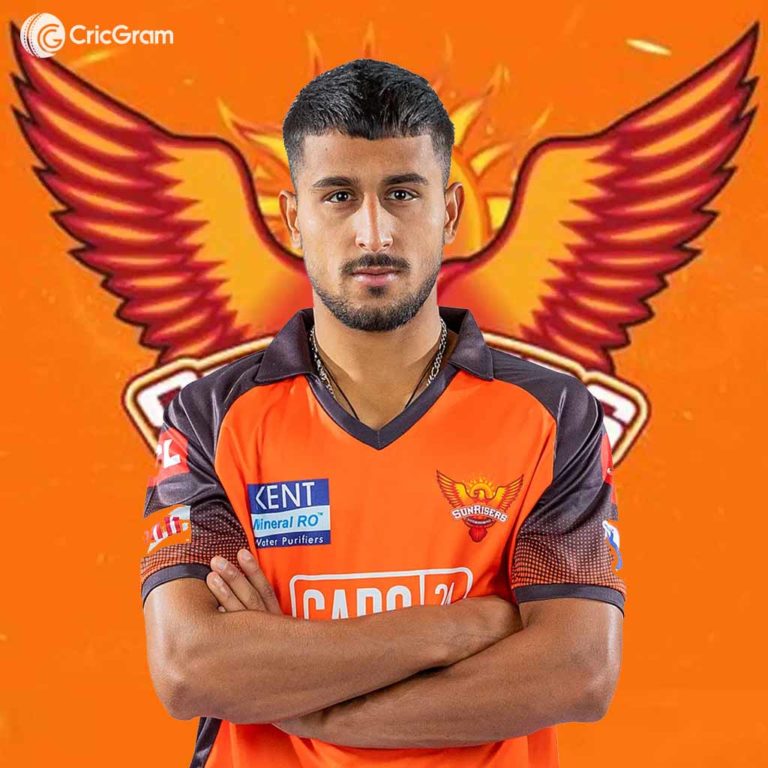 Umran Malik is an Indian right-arm fast bowler who is known to bowl at a speed of 150+ for his team. He represents the Jammu and Kashmir team in domestic cricket and is part of the Sunrisers Hyderabad team in the Indian Premier League since 2021.

Umran Malik biography: Umran Malik, who won the hearts of the cricket audience with his fast bowling, was born on 22 November 1999 in Srinagar city of Jammu and Kashmir, he is mainly known to play IPL for the Sunrisers Hyderabad team, and domestic cricket for the Jammu and Kashmir team.
He came into the media limelight when he bowled at 150+ pace in his IPL debut, and attract the attention of all the cricketing spectators.

If we talk about Umran’s initiation education, then he has completed his early schooling from a private school in Srinagar, and after that only after completing his studies till 12th, he starts playing cricket.

He is a right-arm fast bowler, and he plays as a fast bowler in his team, and his average Bolling pace is around 145 to 150.

Umran Malik’s cricket coach is Randhir Singh Minhas, And he has nurtured Umran’s cricket talent, and due to his cricket coach that today this young fast bowler has settled in the heart of all cricket spectators.

If we talk about Umran’s cricket career, then he started playing professional cricket in the year 2021, before that he used to play tennis ball cricket. And he made his debut in J&K Domestic Team on 21 February 2021. So let’s know about Umran Malik’s cricket career stats.

He made his FC debut against South Africa A on 23 November 2021. And he has got a chance to play only 3 first-class cricket matches till date in which he has taken 7 wickets by giving runs at an economy of 4.98.

He made his List A debut against Bengal domestic team on 27 February 2021 and has played only one match in List A cricket match so far, in which he has taken 1 wicket.

On the other hand, if we talk about Umran’s best bowling, then he has taken five wickets for 25 runs in 4 overs on 27 April 2022 while playing against Gujarat Titans team and that is the best bowling innings of his career.

Umran malik highest bowling speed was 153 kmph, which was delivered against Gujarat Titans in IPL 2022 at the D.Y Patil Stadium on Apr 11, 2022.

Umran has been playing domestic cricket since Jan 2021 and he had taken many wickets for his J&K Domestic team, so let’s see his ‘Umran Malik Bowling stats‘.