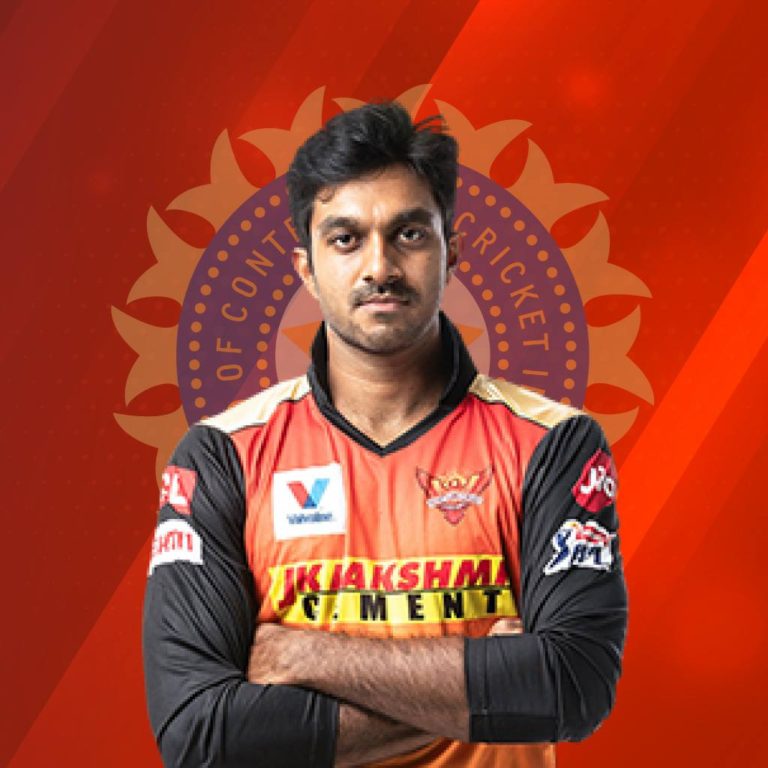 Vijay Shankar (born 26 January 1991) is an Indian cricketer who plays for the Indian National team. He is an all-rounder who bats in the middle order and bowls right-arm medium pace. In April 2019 he was selected for the 2019 cricket world cup.

Vijay Shankar plays for Tamil Nadu in the domestic circuit; he won two men of the match awards in the knockout stage of 2014-15 Ranji Trophy. In the quarterfinal against Vidarbha, he scored 111 and 82 in the two-inning he played for which he was named man of the match. he called the man of the game again, In the semifinal against Maharashtra, he scored 91 and picked 2/47.

In October 2018, he was named in India C’s Squad for 2018-19 Devdhar Trophy. He was the highest wicket-taker in the tournament. He was also named as one of the eight players to watch out for ahead of 2018-19 Ranji Season.

He made his IPL debut in 2014 for CSK, though he had just played only one game that season. After a gap of 2 years, he played four games for SRH in 2017. His highest batting score was 63 not out against Gujarat Lions on 13 May 2017.

In Jan 2018 he was bought by Delhi Daredevils(now Delhi Capitals)in the 2018 IPL auction.

Vijay Shankar is having an excellent IPL 2020 both with the bat and bowl.

He was named as a replacement for Bhuvneshwar Kuma in the test series against Sri Lanka, but he did not play.

Vijay Shankar made his T20I debut against Sri Lanka in the Nidahas trophy on 6 March 2018. He took his first wicket in T20Is in his second match after he dismissed M Rahim via DRS he was also named the player of the game in this game.

He was named in India’s World Cup squad in April 2019. He took a wicket with his first ball, becoming the third player to do so at a World Cup.

However, Shankar was ruled out of the tournament before the final two matches due to injury, and Mayank Agarwal was named as his replacement.