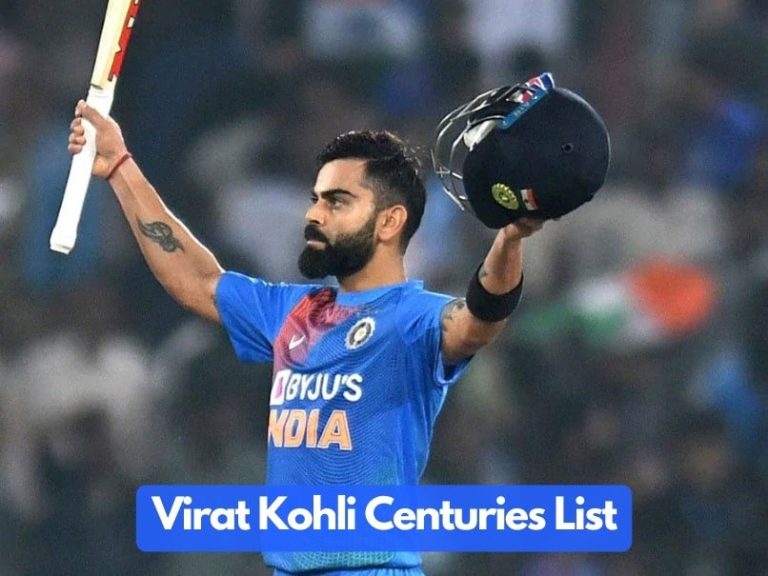 In this article, we will be discussing all the Virat Kohli centuries he has scored to date. We also discuss some of his best and most important knocks playing for India in the Test and ODI format.

We all know Virat Kohli might not be at his best after the IPL 2022, and his form with the bat form has been up and down, but he is arguably one of the best cricket players India has ever produced. He surely remains an all-time great of the sport.

Virat Kohli is known as the Run Machine and the name clearly justifies him. He is the third highest run-scorer for India in all formats combined after Sachin Tendulkar and Rahul Dravid and has 23650 runs to his name and still counting.

Talking about ODI and Test Cricket, Kohli has scored 70 centuries so far and the whole world is waiting for his 71st century which is likely to come in 2022. He is the only player from the current generation who has the ability to break surpass Sachin Tendulkar’s record of 100 centuries.

Here is the list of Virat Kohli ODI centuries:

Also Read : Top 10 Best Fielders in the World – Who is World’s best fielder?