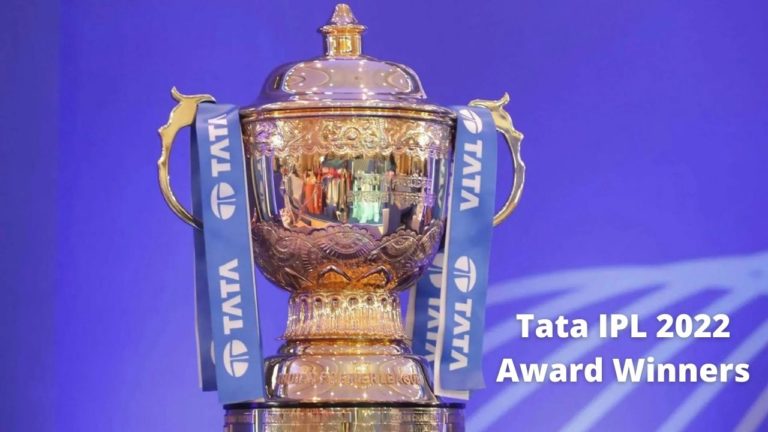 In this article, we will discuss about all the award winners of IPL 2022 and will also share a detailed list of all the IPL 2022 awards and their winners including Winners, Runners up, Orange Cap, Purple Cap and much more.

IPL 2022 has come to an end on 29th May 2022 after non-stop cricket for more than two months. Two new franchises were included in this edition of the Indian Premier League. Lucknow did a decent job by making it to the playoffs in their debut season whereas, Gujarat Titans were outstanding the whole season and made a history by winning in their maiden IPL title in their debut season.

Rajasthan Royals were also one of the top teams in the competition and were excellent in the whole season. They were the runners up of the IPL 2022 and their team also had both the Orange Cap and Purple Cap winner.

Big franchises like Mumbai Indians and Chennai Super Kings finished in the bottom half of the IPL 2022 points table and was not a season to remember for them. Royal Challengers Bangalore also made it the playoffs for the third consecutive time but had face defeat in the Qualifier 2.

The 2022 IPL season will always be remembered for the two new franchises Gujarat and Lucknow. Below is the list of all the awards won by players and teams in IPL 2022

IPL is also very popular because of all the money involved in it. The players in the league earn handsome rewards but also the top 4 teams earn good cash prize after making it to the playoffs. Below is the cash prize for all the 4 teams that qualified for the playoffs.

Jos Buttler bagged the Orange Cap and was brilliant throughout the whole season and scored 863 runs in his 17 matches which also included 4 centuries. He was very consistent in the first few games but was average in the last 7 games but was again at his best in the playoffs.

Yuzi Chahal bagged the Purple Cap and was the highest wicket taker of the season by picking up 27 wickets which is also the highest number of wickets taken by any spinner in the history of the competition.

Super Striker of the season

Dinesh Karthik was at his best in the 2022 IPL season and was consistently scoring for his team RCB in the lower order and also played some match winning knocks. He scored 330 runs in his 16 games at a strike rate of 183.33