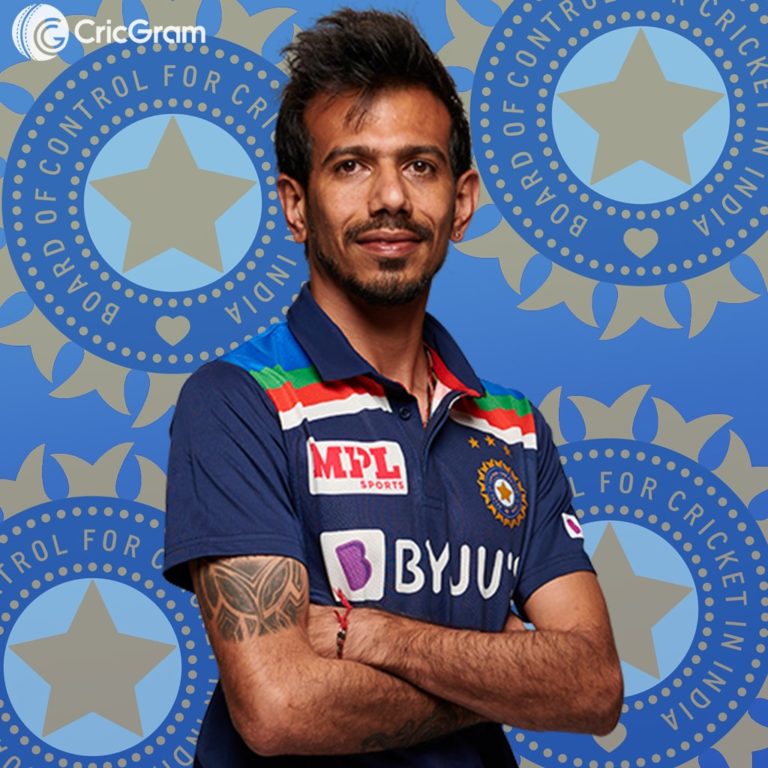 If we talk about Yuzi’s family, then his father’s name is K.K Chahal while his mother’s name is Sunita Chahal, And besides, he has two sisters Geetanjali Chahal and Neel Chahal.

If we talk about Yuzi’s Wife & Girlfriend, then his wife’s name is Dhanashree Verma who is a famous YouTuber, dance choreographer, and dentist. And Yuzvendra and Dhanashree were married on 22 December 2020 in Gurgaon Private Ceremony.

He plays as a bowler in his team and his bowling style is a Legbreak Googly, And he is mainly known for bowling in the middle of the match.

He made his ODI debut on 11 June 2016 against the Zimbabwe team and has played 61 ODI cricket Matches so far, in which he has taken 104 wickets by giving runs at an economy of 5.17.

After that, he made his T20 International debut on 18 June 2016 against the Zimbabwe team, and he has played 59 T20I cricket matches so far in which he has taken 74 wickets by giving runs at an economy of 8.18.

Yuzi Chahal is also a famous chess player with Legbreak Googly cricket bowler, And has played chess for India from 1997 to 2003, and has represented India in the World Youth Chess Championship. And their FIDE ratings are 1956. And his name is still listed on the World Chess Federation’s official site.