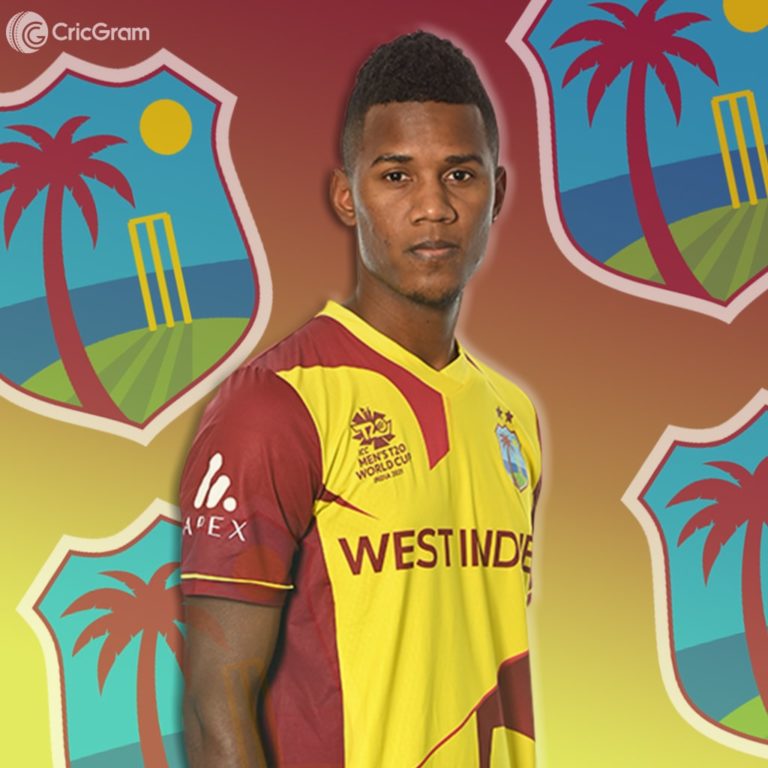 Hosein has played for Trinidad and Tobago in country club cricket/domestic cricket since 2013, while he has represented the Trinbago Knight Riders in the franchise cricket Caribbean Premier League(CPL).

And when he was just 16 years old, he started playing cricket, and then in 2012, he was included in the West Indies under-19s team for the 2012 Under-19 World Cup in Australia.

If we talk about Akeal Hosein’s Family & education, then there has not much information available on the internet & news media about his parents. And he has completed his initial schooling education at Success Laventille Composite School.

Akeal is known for playing as a cricket bowler in his team, And his bowling style is a Slow Left arm Orthodox and is especially known to bowl in the middle over of the match.

Akeal has been playing domestic cricket since 2013, and he was selected for the West Indies international team in Jan 2021. So let’s see about Akeal Hosein‘s domestic & international cricket debut and career.

He has been playing domestic cricket since 2013 and started his cricket career with First-Class cricket. So let’s see Akeal Hosein’s Domestic Cricket Career & debut.

And then made his domestic List A cricket debut on 16 January 2015 in the match of W Indies U19 vs Trinidad & T at Scarborough.

For the first time, Akeal was selected for the West Indies international team in Jan 2021 for the ODI squad against Pakistan. And he made his ODI debut on 20 January 2021 in the match of Bangladesh vs West Indies at Mirpur. he has got a chance to play only 23 ODI matches so far, in which he has taken 36 wickets by giving runs at an economy of 4.53.

And then, Akeal was selected in the T20I squad against the West Indies vs South Africa series in July 2022, and he made his T20I debut on 03 July 2021 while playing against South Africa at St George. And he has got a chance to play only 23 T20i matches so far, in which he has taken 17 wickets by giving runs at an economy of 7.18. And his best t20I bowling stat is 4/30.

After that, He made his ODI debut on 10 July 2022 in the match of West Indies vs Bangladesh at Providence.