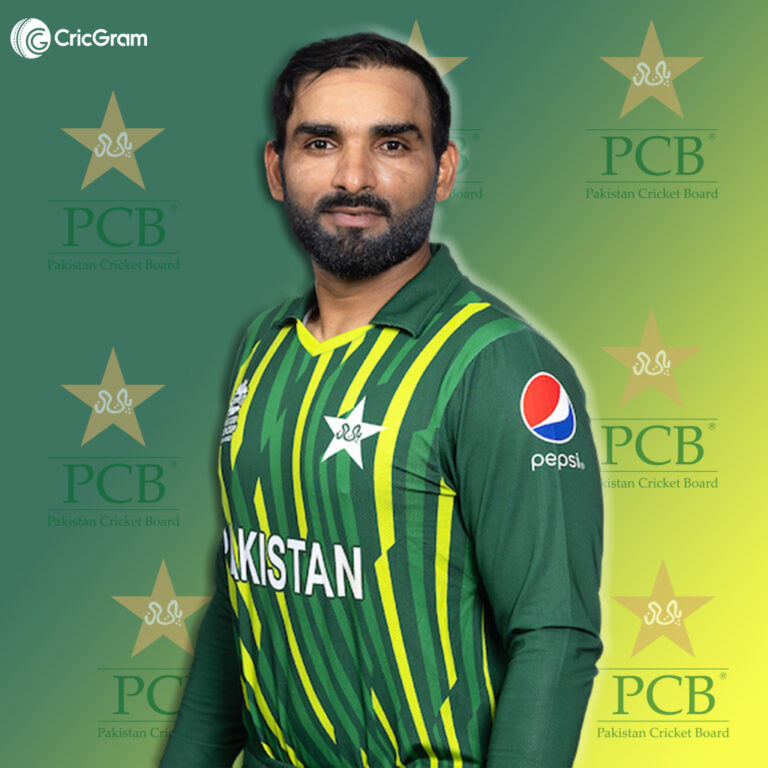 Asif Ali is a famous 31 years old Pakistani International Batter cricket Player who started playing domestic cricket in 2010 and international cricket in 2018, and made his international debut on 01 April 2018 while playing against West Indies team, and after that he got a chance to made debut in ODI in the same year.

And Asif is primarily known for playing domestic cricket, International and PSL franchise cricket, And since 2016-17, he has been a part of the Islamabad United
team in the Pakistan Super League.

31 years old, Pakistani international Middle order Batter cricketer Asif was born on 01 October 1991 in Faisalabad, Punjab. His full name is Asif Ali Wazir, And he is mainly known to play Domestic cricket, International Cricket and Franchise cricket. And he started playing domestic Cricket in May 2010 with First Class Formats of Cricket.

Asif is known for playing as a batsman cricket player in his team, And his batting style is Right-hand-bat, And he is Primarly known to bat in middle order position.

He made first-class debut on 10 December 2010 while playing with the Faisalabad team at Faisalabad. And he has got a chance to play only 38 FC matches so far, in which he has scored 1623 runs with a help of two centuries and six half-centuries.

And then he made List A debut on  26 January 2011 in the match of National Bnk vs Wolves at Faisalabad. And he has got a chance to play 83 List A matches so far, in which he has scored 2089 runs with a help of 4 centuries and 11 half-centuries.

And after that, Munyonga made T20s debut on 24 June 2011 in the match of Wolves vs Tigers at Faisalabad. And he has got a chance to play T20 248 matches, In which he has scored 4141 runs with with a help of one century and 11 centuries.

He started playing international cricket for the Pakistan team with T20I Format of Cricket, And on 01 April 2018, he made T20I debut while playing against West Indies at Karachi. And then, Asif made his ODI debut on 13 July 2018 in the match of Pakistan vs Zimbabwe at Bulawayo.

And apart from that, Asif has not got a chance to debut in the Test formats of international cricket.