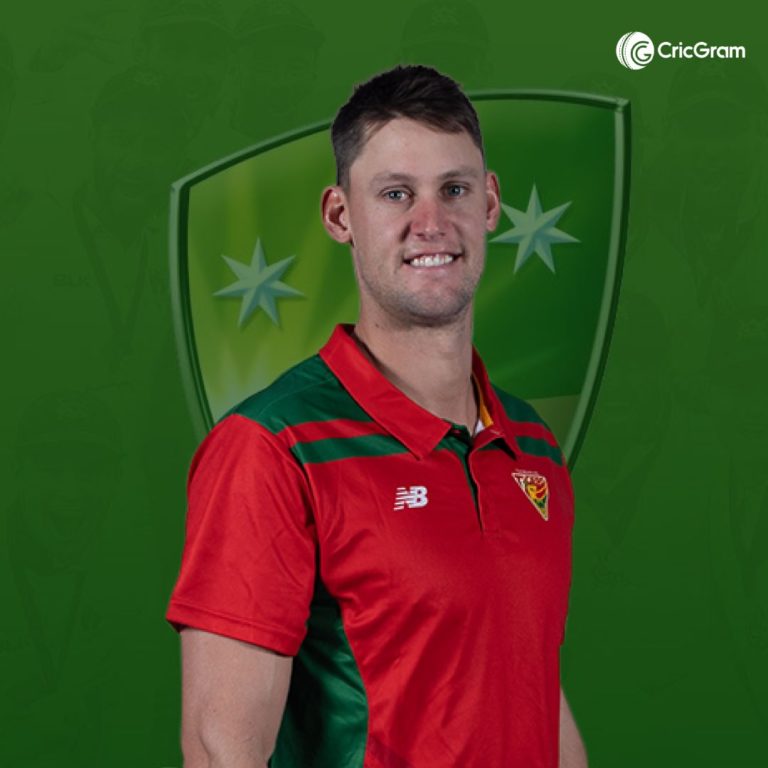 Beau Webster (born 1 December 1993) is an Australian cricketer who plays for Tasmania in Domestic Cricket and Melbourne Stars in the Big Bash League.

After Representing his Tasmania in Age group cricket, Webster came into the scene in 2014.  He made his debut for his state team Tasmania against Hobart on 20th February 2014 in the 2013-14 Sheffield Shield.

His debut was not a remarkable one as he managed to score just 8 runs from his 2 innings in the lower middle-order.

After a couple of seasons of consistent performances, He was named as the Captain of Cricket Australia XI in the 2017-18 JLT Cup.

In the first match itself, Webster proved his worth with the bat and scored 121 runs against South Australia. His partnership with Jake Carder of 229 runs was only the fourth highest second-wicket partnership in Australian Domestic List-A cricket.

He was consistently performing that season and was also the team’s highest run-scorer with 247 runs at an average of 41.16.

Webster has so far played 59 FC games and has scored 2876 runs which also includes 12 fifties and six hundred. In List-A cricket, He has scored 569 runs from his 28 games at a decent average of 24.73.

After some impressive performances for Tasmania in domestic cricket and also in the Tasmanian Premier League. Webster made his BBL Debut for Hobart Hurricanes on 2 January 2017.

Webster then also moved to Sydney Sixers and also Melbourne Renegades for a couple of seasons and currently plays for the Melbourne Stars in the league.

His best came in the 9th edition of the tournament, where he smashed 425 runs and also 3 fifties and was also the Renegades Player of the season.

Webster has a long way to go in the league and is surely one of the talented all-rounders in the Australian circuit who can make it big.

Talking about his Big Bash numbers, Webster has played 51 matches and has scored 857 runs at an average of 27.65 and his highest score being 67 not out.