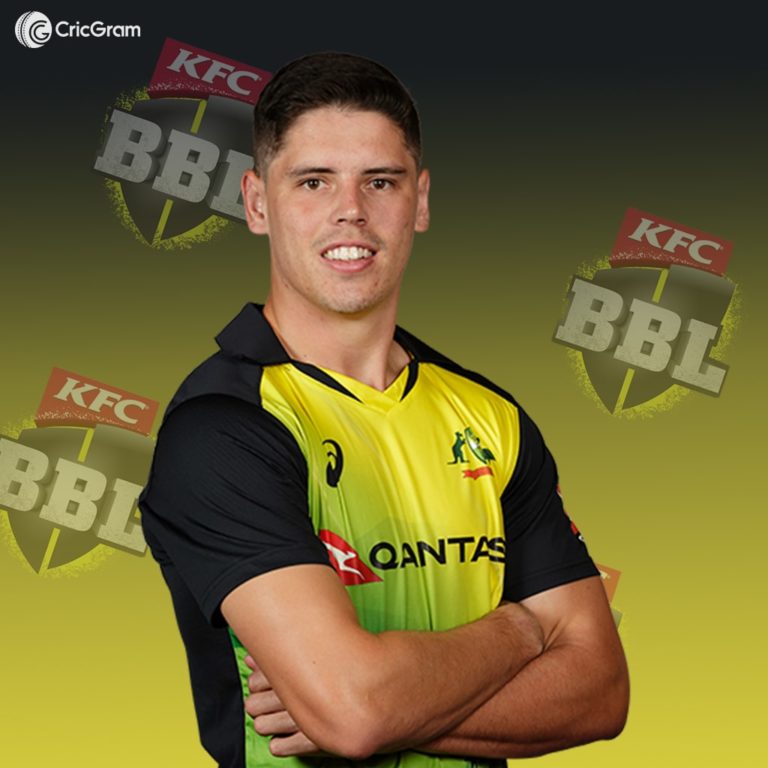 Ben Dwarshuis is an Australian International Cricketer who has represented Australia in the T20I format and plays for the Sydney Sixers in the Big Bash League (BBL). He plays for New South Wales in the Australian Domestic Circuit.

Benjamin James Dwarshuis is a left-arm fast bowler and also a handy batsman lower down the order. Ben Dwarshuis plays for the Sydney Sixers in the BBL and is one of their key players.

Dwarshuis has played 83 BBL games so far in his career as of June 2022 and has 102 wickets to his name and his best figures are 3/7. Ben Dwarshuis is also the second-highest all-time wicket-takers in the Big Bash League history.

Ben Dwarshuis made his BBL debut after some impressive performances in Club Cricket. He made his debut for Sydney Sixers on 19th December 2014 against Melbourne Renegades. Dwarshuis had a very good outing in his first game and ended his spell with the figures of 2/38 in his 4 overs.

Two years later after his BBL debut, Dwarshuis also made his List-A debut for New South Wales on 7th October 2016 in the 2016-17 Matador BBQs One-Day Cup. He had a decent debut game and ended his spell with figures of 1/44 in 5.2 overs.

The 2021-22 Big Bash season was his breakthrough season as he picked up his maiden five-wicket haul in T20 cricket in January 2022.

In March 2021, Ben Dwarshuis signed a contract with the Worcestershire County Cricket Club to play the 2021 English T20 Blast tournament.

Ben Dwarshuis was selected in the national team in 2018 for the 2017-18 Trans-Tasman Tri-Series but did not play any game. Three years later, After his impressive show in the 2021-22 Big Bash League (BBL), Dwarshuis again received a national call-up for a one-off T20I match against Pakistan.

Dwarshuis made his debut on 5th April 2022 at Lahore against Pakistan. He did not have a great debut game as he went wicketless in that game and was also very expensive. However, Australia won that game by 3 wickets.

Ben Dwarshuis has been phenomenal in the shortest format from the last few years and is not far away from fetching another IPL contract shortly.