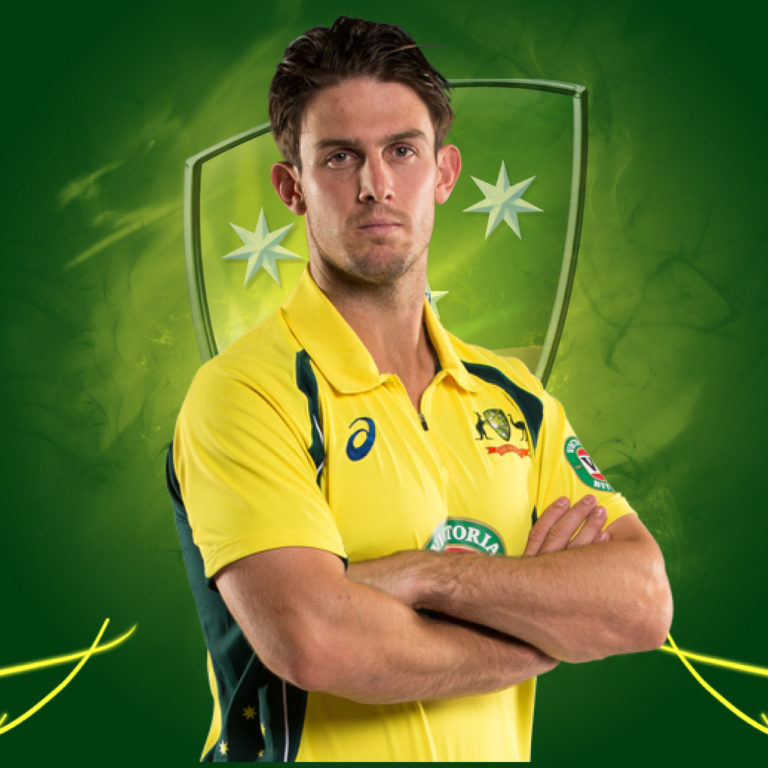 Mitchell Ross Marsh (born 20 October 1991) is an Australian Cricketer who plays for Australia in International Cricket and Sunrisers Hyderabad in the IPL.

Marsh made his domestic career debut for the Warriors when he was 17 in February 2009 in a Ranger Cup game at Bunbury. Marsh also became the youngest player ever to feature in an Australian domestic one-day game and Western Australia’s youngest debutant in the last 70 years. In April 2009, he played for Australia’s Under 19 team against India in Australia.

Marsh was then handed the responsibility to lead the team in the 2010 U-19 Cricket World Cup. Under his captaincy, Australia won the tournament. Marsh had a successful tournament scoring 201 runs with the hat, including a match-winning knock of 97 in the semi-final against Sri Lanka.

Marsh is generally a right-handed all-rounder who bowls medium-fast (averaging 130 km/h ) deliveries, but his pace had increased steadily in 2015 to fast-medium (140 km/h average).

While playing for Australia A against India A in July 2014 at Allan Border Field, Marsh created a record as he scored 211 runs batting seventh in Australia’s first innings. It was also his first double century. Marsh and Sam Whiteman, who also scored 174 runs, put on 371 runs partnership for the seventh wicket.

In October 2019, Marsh broke his right hand after punching a wall after he was dismissed during a Sheffield Shield match against Tasmania. As a result of the injury, which took around six weeks to heal, Marsh was forced to miss the beginning of Australia’s Test summer.

In September 2011, Marsh was named in Australia’s Twenty20 squad to tour South Africa. Later, when Brett Lee was not available due to an injury, he got the golden opportunity to be a part of the Australian One Day International squad as well.

In October, Marsh made his debut for Australia in the second T20I match, in which he played a crucial knock 36 runs, including four sixes, three of those sixes were hit in the final over of the innings.

Marsh then made his Test match debut for his national side Australia against Pakistan in the United Arab Emirates on 22 October 2014. What a fantastic match it was.

In August 2014, Marsh played a solid knock of 89 runs against Zimbabwe in the first match of the Tri-series at Harare Sports Club. He batted at no.3 in that match and added 109 runs for the fourth wicket partnership with Glenn Maxwell at a run rate of more than 12-an-over. Marsh’s knock of 86* against South Africa at Harare was also nominated to be one of the best batting performances of the year by Cricinfo.

Marsh was also part of the 2015 cricket world cup. Bowling in the second match of the 2015 Cricket World Cup, Marsh took five a wicket haul, helping Australia to record a 111 run win over England. His maiden-century came in the fifth ODI against India on 23 January 2016 at the SCG.

He was dropped from the Australian Test side after his first Test of the 2016–17 series against South Africa. After his good performances in the domestic circuit, Marsh made his come back into the Australian test side for the 2017 series against India. He played two tests before he got injured. Late in the year, Marsh replaced Peter Handscomb in the third match of the 2017-18 Ashes series and played as a bowling all-rounder before scoring his maiden test century. His first innings score was 181 runs and was just one run shy from his brother Shaun’s career-best score of 182 runs.

In April 2020, Cricket Australia awarded Marsh with a central contract ahead of the 2020–21 cricket season.

Marsh was first drafted to Deccan Chargers for 2010 IPL.

Later on, Marsh was selected by the Pune Warriors who were actually coached by his father, Geoff Marsh for a price of US$ 290,000 in the 2011 IPL Auction.

Marsh played in only five matches, scoring a total of 50 runs and picked up 7 wickets.

After this, Marsh was part of the Sunrisers Hyderabad in the 2020 IPL Season but was unfortunately injured in his first game and had to return home after injuring his hamstring.