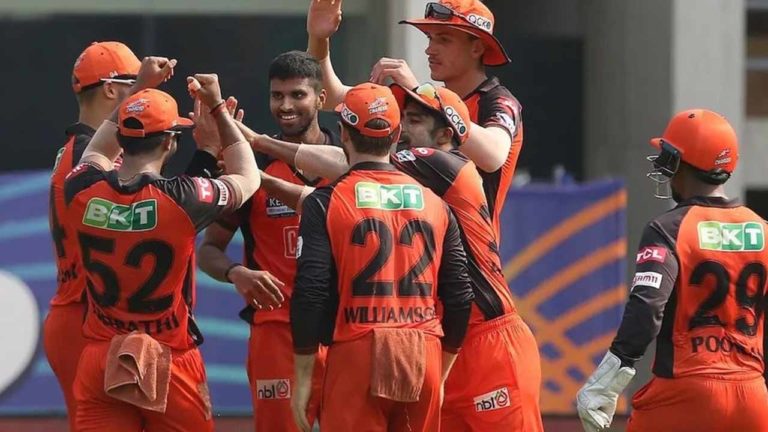 Washington Sundar Injured News 2022: Match 21st of this IPL season was played between Sunrisers Hyderabad and Gujarat Titans in which Sunrisers defeated Gujarat by 8 wickets. And during this match, his star all-rounder player Washington Sundar had to leave the field in the middle of the match due to injury.

And after that, it is being speculated that he will not be able to play with his team for almost two to three matches. And it was confirmed by Sunrisers Hyderabad head coach ‘Tom Moody‘ in the post-match press conference that Sundar could be out of the team for at least 1-2 weeks. And further he told that, Washington Sundar will not available for a few matches.

Washington has been in good form this season. And he is one of the most important players on the SRH team. Because he is a great spinner as well as a great batsman, and he has given the team a better option of the all-rounder. So in such a situation, due to his injury, the SRH team may have to face a huge loss.

Shreyas Gopal or Jagadeesha Suchith may get a chance

Rahul Tripathi also got injured in the same match

After Sundar, SRH another best batsman Rahul Tripathi was also injured in the same match, he had to leave the field in the 14th over due to a hamstring injury and was replaced by Nicholas Pooran. Although he was seen again in the dugout of his team in the same match, So it is being speculated that his injury is not very serious and he will be seen playing with the SRH team in the next match as well.