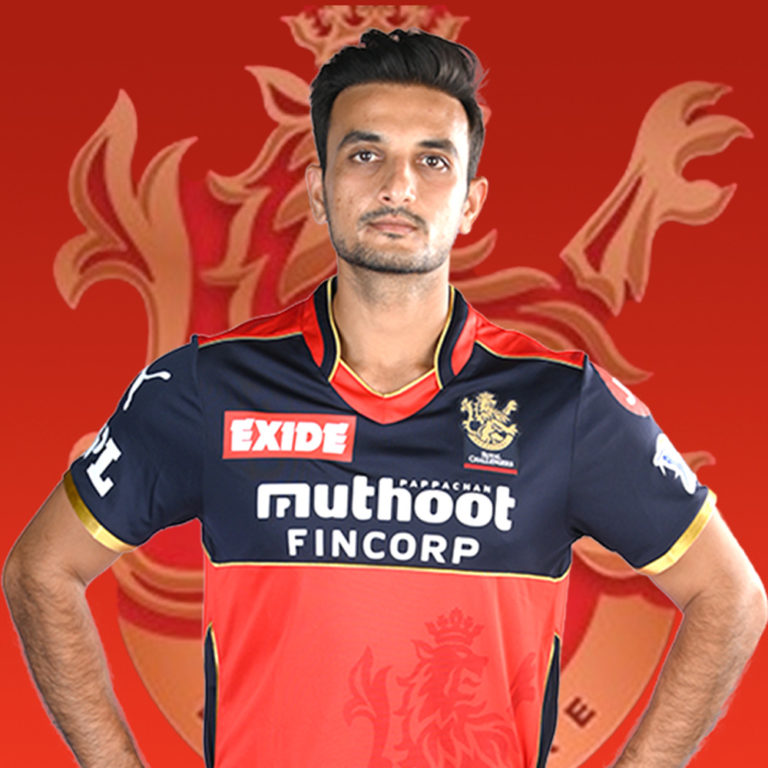 Harshal Patel(born 23 November 1990) is an Indian cricketer who plays for Haryana in Domestic Cricket and plays for Royal Challengers Bangalore in the IPL.

Harshal Patel’s journey to the domestic circuit is very inspiring as he could have been shifted to the USA with his family but Harshal decided to stay in India and pursue his dream of playing the sport on the advice of his coach Tarak Trivedi. Harshal Patel showcased his skills in the 2008-09 Under-19 Vinoo Mankad Trophy by picking up 23 wickets with an average of 11. His impressive performances in the tournament also earned him his selection in the stateside.

He made his List A debut for his state team Gujarat against Maharashtra on February 15, 2009. Patel was also part of the 2010 U-19 World Cup which was played in New Zealand. His impressive stint in U-19 cricket also earned him an IPL contract with the Mumbai Indians.

Unfortunately, unable to find his place in the Gujarat side, Patel moved to Haryana and started playing for them. He made his first-class debut against Delhi in the 2011-12 Ranji Trophy on November 3, 2011. He impressed everyone with his performances against Karnataka and Rajasthan in the quarter-finals and semifinals respectively. He picked up a total of 28 wickets in the season. Even after performing consistently for years in the domestic circuit, Patel was unable to make his mark on the big stage.

Patel had a brilliant 2019-20 domestic season where he broke records by picking up 52 wickets in 9 games in the 2019-20 Ranji Trophy. He was brilliant in the T20s as well as he opened the innings for his team and scored 374 runs at an impressive average of 31.75 in his 12 games and continued his impressive show with the ball as well.

Harshal Patel is a mix of both youth and experience and his abilities with both bat and ball show his class and talent.

After Patel’s impressive performances in the U-19 circuit, he was picked up by the Mumbai Indians ahead of the 2010 IPL for INR 8 lakhs. Patel warmed the bench the whole season. Later, In 2012 Patel was moved to the Royal Challengers Bangalore. He made his IPL debut on 7th April 2012 against Delhi Capitals. Patel was not the regular member in the playing 11 and was in and out of the team regularly.

He finally made his mark in the 2012 IPL season where he played 15 games for the franchise and picked up 17 wickets. Later, In 2018 Patel was traded to the Delhi Capitals. Patel did give some impressive performances with the ball but was again not a regular member in the playing XI. Patel was released by the franchise in 2021 and was traded to his former team Royal Challengers Bangalore.

It was his breakthrough season as he picked up 5 wickets in the first match of the season itself against Mumbai Indians on 9th April 2021 and ended his spell with figures of 5/27 in his 4 overs. Patel was also the leading wicket-taker in the tournament by picking up 17 wickets in 7 games before the tournament got suspended due to Covid-19.

So far, Patel has picked up 63 wickets in his 55 games at an economy rate of 8.81. His impressive performances in the 2021 IPL season make him an integral part of the Royal Challengers Bangalore in the coming years.