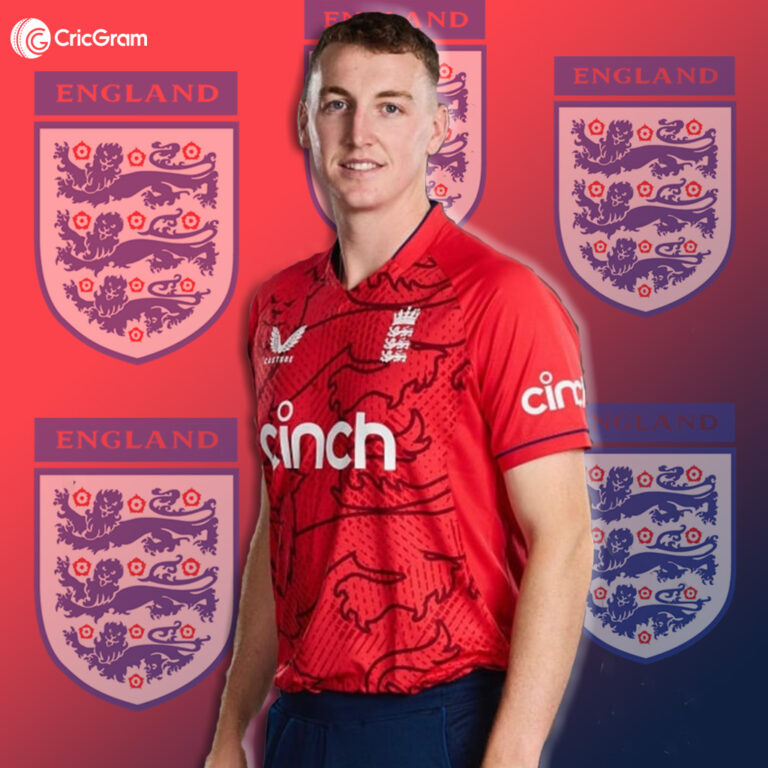 Harry Brook is a rising famous international English cricketer who is known for playing T20I cricket for the England team since Jan 2022 and County Cricket for the Yorkshire team since 2016.

And Harry is primarily known for playing domestic cricket, International and BBL franchise cricket. And He also plays for the Hobart Hurricanes in the Big Bash League (BBL).

England’s rising famous international cricket player Harry was born on 22 February 1999 in Keighley, Yorkshire, England, his full name is Harry Cherrington Brook. And he is especially known to play T20I international Cricket, Country club Cricket & BBL Franchise Cricket. And has been part of the England International team since Jan 2022.

If we talk about Harry’s family, then not much information about his parents or any other family member has been shared on social media or news media yet.

He is known for playing as a batsman Cricket player in his team, And his batting style is Right-handed Bat, and is especially known to bat in the middle-order position.

Harry has been playing cricket professionally since 2016 while he was selected in the England international team in Jan 2022.  So let’s see about Harry’s domestic & international cricket debut and career.

And then made his domestic T20 debut on 05 July 2018 in the match of Yorkshire vs Durham at Leeds.

For the first time, he was selected in the England international team in the year 2022 for the T20I squad against West Indies. And he made his T20I debut on 26 January 2022 while playing against West Indies at Bridgetown. After that, again harry got a Chance to play in July 2022 in England v/s India t20 series.

And apart from this, he has not got a chance to debut in ODIs and Test matches for the England team.  But very soon he is going to be seen playing cricket in both these formats as well.

Harry has been playing cricket professionally since 2016 but still he has not got a chance to play in the Indian Premier League, it is expected that he will be seen playing in the IPL very soon.

He has been playing with the Hobart Hurricanes team since 2021 in the Big Bash League (BBL), and he has got a chance to play only 2 to 3 bbl matches so far.