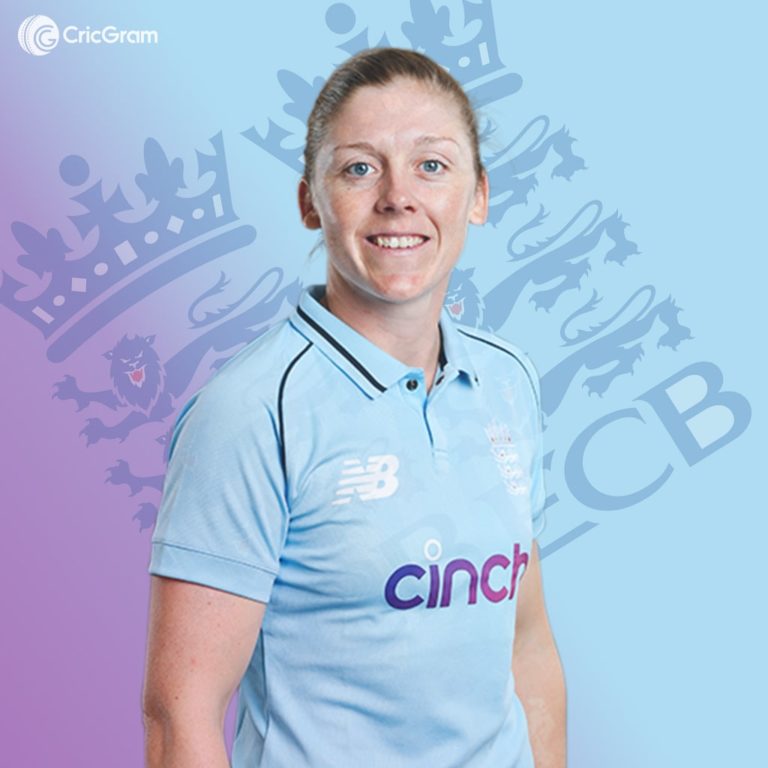 Heather Knight is an English women’s cricket player, and she is also the captain of the England women’s team, and she started her international cricket career in 2010 with the ODI format of cricket.

Heather Knight biography: England’s famous female cricket player Heather Knight was born on 26 December 1990 in Rochdale, England, her full name is Heather Clare Knight, and she is mainly known for playing international cricket matches. And currently, she is also the England International Women’s cricket team captain and she is part of all three formats of the cricket team.

If we talk about Heather knight’s boyfriend, then her boyfriend’s name is Tim, and heather knight and Tim are dating each other since the year 2018.

Knight plays as a batsman in her team, her batting style is a right-handed bat, and she is known for playing in middle order positions.

Knight started playing cricket professionally in the year 2007, and after that, he started playing international cricket in March 2010. So let’s see about the “Heather Knight Cricket Debut”.

She made her Test debut on 22 January 2011, playing against the AUS Women’s team, and she has played 9 Test cricket matches so far, in which she has scored 697 runs.

If you want to follow Heather Knight on social media, then you can follow her on her social media by clicking on her official social media account links, Whose information is given below.