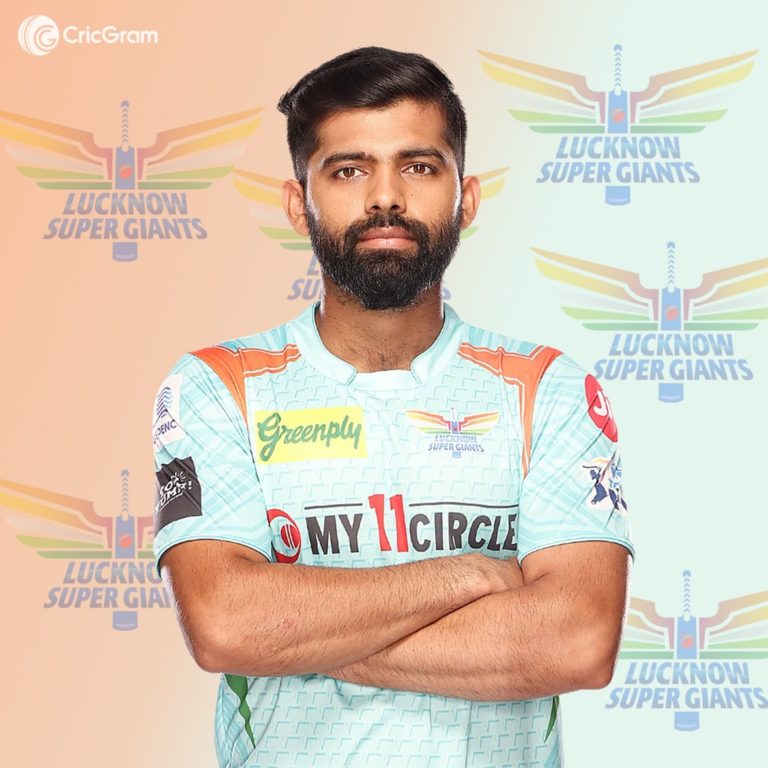 Manan Vohra is an Indian cricket player who is known for playing as an opener batsman in his team, and he has been part of the Punjab domestic team since 2011. While he is a part of Lucknow Supergiants since 2022.

Manan Vohra biography: Indian player Manan Vohra, who scored centuries in all three formats of cricket, was born on 18 July 1993 in Chandigarh, India. And he is mainly known for playing domestic cricket for Punjab domestic team and IPL franchise cricket. And he started his cricket career in the year 2011 and he was selected in the Indian Premier League in the year 2013.

On the other hand, if we talk about Manan’s family, then his father’s name is Sanjeev Vohra while his grandfather’s name is Y.P. Singh, who is a former hockey player of India. And apart from this, no information about any of his family members such as his mother and brother has been shared on the internet yet.

He made his first-class debut on 17 November 2011 against the Saurashtra domestic team and has played 40 first-class cricket matches so far, in which he has scored 2386 runs with the help of 11 half-centuries and 7 centuries.

Vohra made his List A debut on 27 February 2014 against the Haryana domestic team, and he has got the chance to play 56 List A cricket matches so far, in which he has scored 1854 runs with the help of 5 centuries and 10 half-centuries.

At the same time, he made his debut in short format cricket on 7 April 2013, playing against the Pune Warriors IPL team, and he has got a chance to play 110 T20s cricket matches so far, in which he has scored 2813 runs with the help of one century and 16 half-centuries.

Vohra was selected to the Indian Premier League for the first time in the 2013 IPL season in the Kings XI Punjab team, and he played his IPL debut match against the Pune Warriors team on 7 April 2013.

After that he was a part of the Kings XI Punjab team for 4 consecutive years, then he was released in the year 2018, and then he became a part of the Royal Challengers Bangalore team.

Vohra has been included in the Lucknow Supergiants team by paying his base price of 20 lakhs in IPL 2022, So let’s see about Manan Vohra’s IPL auction price.