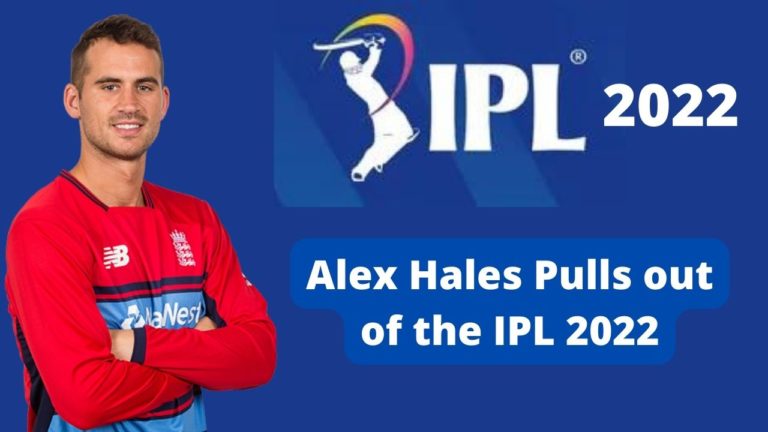 Reason for opting out of the Tournament:

Hales has been playing several T20 leagues across the globe in the last few months. He was in a bio-bubble in Big Bash League and had contracted Covid-19 and had to miss a few matches for this reason.

Later, he joined PSL and left the league in the middle as he was feeling fatigued by the bio bubble. But as many players got injured in his team (Islamabad United), he returned to play the playoffs.

So because of the bio-bubble fatigue and playing continuous cricket in the last few months, Alex Hales has decided to take a rest and not play in this IPL 2022.

The Australian T20 captain and opening batsman, Aaron Finch who was part of Royal Challengers Bangalore and went unsold in the IPL 2022 Mega Auction has been roped in as the replacement for Alex Hales in the KKR squad.