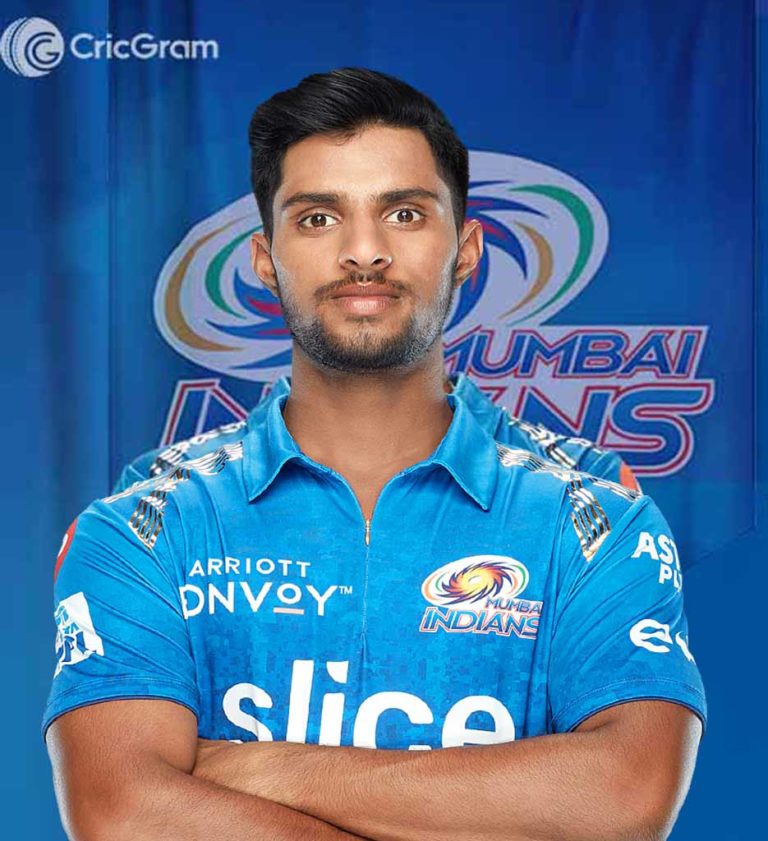 If you are also a fan of Under-19 Player Tilak Verma, Who was sold in 1.7 crores this year’s IPL mega option, and if you are interested in knowing about their lives, then this post can be very useful for you because today In this article, We are going to talk about Tilak Varma biography, And you are going to tell how much difficulty tilak was faced in the journey of Under-19 to the IPL. So if you want to know about the introduction of Tilak Verma’s life then you can continue with this post and get information about some interesting things about Tilak’s life.

Before that, let me tell for your information that Tilak Varma came into the headlines of the media when he played the finest innings in the final of the 2020 Under-19 World Cup.

And he is an all-rounder cricketer, where his batting style is “left-hand batsman” while his bowling style is “right-hand spin bowler”.

At the same time, if talking about Tilak Varma’s family, his father’s name is Namburi Nagaraju, and he was an electrician, while his mother’s name has not been shared on the Internet, And besides that, he has a big brother and sister in his family.

In making Tilak Varma a successful cricketer, his coach Salaam Bayash has a great contribution, because when his family was passing through difficult economic conditions, his coach had raised all his spending and gave them the best training in cricket. He also gave them a lot of cricket knowledge.

And Tilak has several times mentioned to the media that his coach salam is a big contribution to his cricket career and if it does not happen then he can not become such a big cricketer.

He has started his cricket career at just 16 to 17 years old and he debuted in Ranji for Hyderabad in the year 2018-19, and also debut in Syed Mushtaq Ali Trophy and Vijay Hazare this year.

He has made his List A debut for the Hyderabad team in Vijay Hazare Trophy on September 28, 2019, against the Saurashtra team.
And Tilak has got a chance to play 16 List-A matches so far in which he has scored 784 runs with 3 centuries & 3 half-centuries.

Tilak was selected in 2020 for India’s Under-19 Cricket World Cup, and in this World Cup, he scored 86 runs from a good strike rate in 6 matches.

Tilak has played 15 T20 matches till now and batting aggressively in these matches, scoring a total of 381 runs from a 143 strike rate.

He has Debuted in the Indian Premier League (IPL) with the most successful teams Mumbai Indian in 2022. Mumbai Indians have bought Tilak in the auction ipl 2022 with Rs 1.7 crores.

Q. When has Tilak debuted in IPL?

Ans: Tilak Varma has done the IPL debut in 2022 and one of the most successful franchises of IPL Mumbai Indians has bought in 1.7 crores.

Q. Where is Tilak Varma’s house?

Ans: Tilak Varma is a resident of Hyderabad city of Telangana state of India and he has completed his cricket education from the “Telangana Cricket Academy”.

Q. When did Tilak play the Under-19 World Cup?

Ans: Tilak played the Under-19 World Cup in 2020 and in which he had scored 86 runs in three innings.

Q. What is the name of Tilak Varma’s coach?

Ans: The name of Tilak Varma’s coach is Salaam Bayash, and his coach has a great contribution to making them a successful cricketer.

Q. When did Tilak debut in domestic cricket?

Ans: Tilak debuted in Ranji for Hyderabad in 2018-19, and this year he also debuted in Syed Mushtaq Ali Trophy and Vijay Hazare.

I hope after reading this post, you have got all kinds of information about Tilak Varma’s life, their struggle, and their cricket career, Do not forget to enter your comment and feedback in the comment box below for any other suggestions or questions.