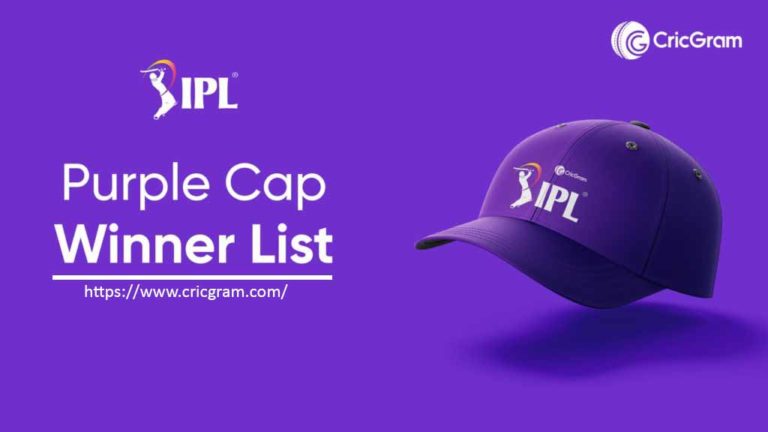 And as you also know that IPL Purple Cap is one such award that every bowler who plays IPL wants to win. And winning the Purple Cap award is also the dream of every IPL bowler, because every year in the IPL, the cup has to be named after competing against the best bowlers in the world.

What is a Purple cap?

Purple Cap is an award that has been given to those IPL players who have taken the most wickets in IPL with their bowling. And this Purple Cap award is given at the end of every season to the player, and this award is the dream award for any bowler in the IPL.

It was introduced on 13 May 2008. The Pakistani pacer Sohail Tanvir was the first player to win this cap. And Dwayne Bravo is the first bowler who won a purple cap, with 32 wickets in the 2013 Indian Premier League, which is still the highest number of wickets picked up by any bowler in a single season. And In 2021 Harshal Patel has also joined this list with 32 wickets in 15 matches.

Indian bowler has won the Purple Cap most times

Before the list, for your information, let us tell you that IPL has been started before15 years, and since then 15 IPL seasons done, and the 15 Purple Cap have gone to different bowlers, and the Indian bowler has won the Purple Cap the most times. And after that Bowler of South Africa has won this Purple Cup the most times. And the Bowler of both the countries has won 9 purple caps out of 15 purple caps. Out of which 6 are with the Indian bowler and three with the South African bowler.

Given below are the following IPL players who have won the Purple Cap in their IPL careers so far.

The first edition of the Indian Premier League saw the Pakistani players as part of the tournament. Sohail Tanvir was the highest wicket-taker in the first season and was the first player in the history of the tournament to win the Purple cap by picking up 22 wickets for his team. His bowling figures of 6/14 stood unbreakable for 11 years.

RP Singh was the first Indian player to win this award. Playing for Deccan Charges, Singh picked up 23 wickets from his 16 games. He was fantastic with the ball in that season and also played a crucial role in his team winning their first title.

Ojha became the first spinner to win this award in the IPL. He was a mystery for all the batters throughout the season. Pragyan Ojha picked up 21 wickets from his 16 games and was also very economical with the ball by just giving away runs at an economy of 7.29.

The legendary Lasith Malinga bowled brilliantly in the fourth edition of the tournament and was very accurate with his toe-crushing yorkers in the death. He picked up 28 wickets in that season playing for the Mumbai Indians and was the talk of the town the whole season.

The South African pacer was the highest wicket-taker in the 2012 IPL season. Playing for Delhi Daredevils (now Delhi Capitals), Morkel picked up 25 wickets and played an important role in his team finishing at the top of the table in the group stage but was unfortunately eliminated from the tournament in the second qualifier against Kolkata Knight Riders.

Mohit Sharma became the third Indian player to win this game. CSK skipper MS Dhoni showed a lot of faith in him in that season and backed him. He picked up 23 wickets from his 16 games and caught the eyeballs of the national selectors as well. Sharma’s impressive stint in this season also got him the opportunity to play for the country.

DJ Bravo became the first person in the history of the competition to win this award twice. The Caribbean lad picked up 26 wickets in that season but unfortunately lost to Mumbai Indians in the finals of the tournament.

The 2016 IPL saw the Indian pacer Bhuvneshwar Kumar win the purple cap. He was regarded as one of the best Indian bowlers to play in the IPL but it took him 9 years to finally win the Purple Cap. Kumar picked up 23 wickets in the tournament and also played a huge role in his team winning their maiden IPL title.

Kumar became the first player in the history of the tournament to retain this award. He picked up 26 wickets in that season but unfortunately his team was out of the competition after the playoffs.

The Aussie pacer was brilliant in the 2018 IPL season for his team and impressed everyone with his variations with the ball in the death. Tye consistently picked up wickets for his team and ended the season by picking up 24 but the team was not able to do well and finished 7th in the points table.

Imran Tahir became the second spinner to win the Purple Cap after Pragyan Ojha. He was brilliant in the middle overs for his team CSK and picked up 26 wickets that season. Unfortunately, they lost to Mumbai Indians in the finals.

Rabada was outstanding with the ball for his team in the 2020 IPL season which was played in Dubai because of the Covid-19 crisis in the country. He picked up wickets consistently in the power play for his team. Rabada finished with 30 wickets and also played a crucial role to make his team reach the finals for the first time.

Harshal Patel won the Purple Cap award in IPL 2021. He took 32 wickets in 15 matches. it is joint-most with Dwayne Bravo for the most wickets in a single season of the Indian Premier League.