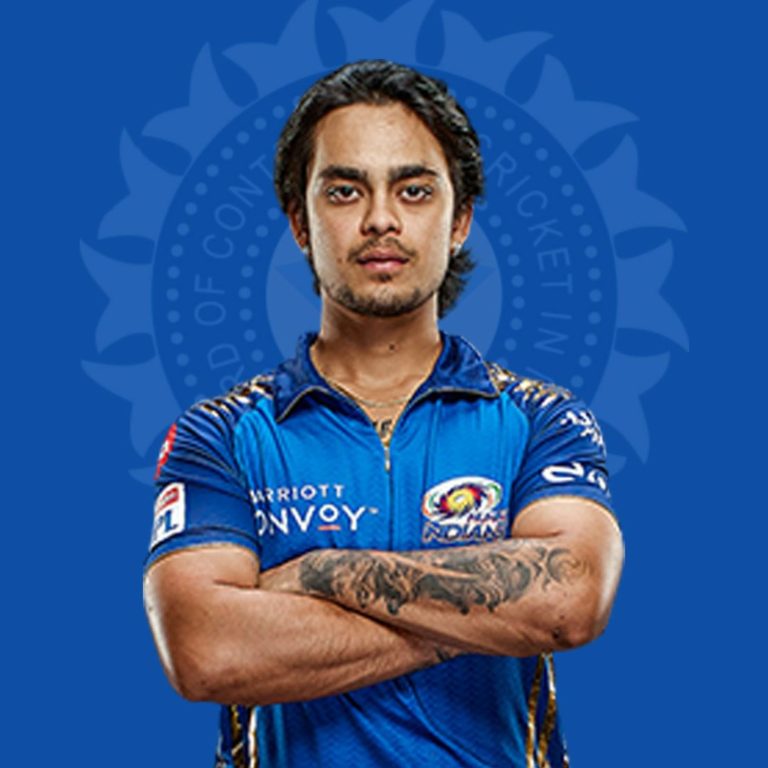 Ishan Kishan (born 18 July 1998) is an Indian Cricketer who plays for Jharkhand in domestic cricket and Mumbai Indians in the IPL.

Later on, he also played in the 2018-2019 Vijay Hazare Trophy and was again the highest run-scorer for Jharkhand by scoring 405 runs in his nine matches.

In October 2018, he was also selected in the India C team for the 2018–19 Deodhar Trophy; he also scored a century in its final match.

Ishan Kishan scored a brilliant century against Jammu and Kashmir in the 2018-2019 Syed Mushtaq Ali Trophy. In the next match against Manipur, he again played a brilliant knock of 113 runs not out and scored back-to-back centuries in two games in the tournament.

After his consistent performances in the 2016 Under-19 World Cup, he was bought by the Gujrat Lions in the 2017 IPL player auctions for the 2017 Indian Premier League.

Ishan Kishan impressed everyone with his big-hitting in the lower order for his team Gujarat Lions in the IPL 2017. The Mumbai Indians then picked him for the 2018 IPL, where they bought him for a whopping amount of INR 6.2 crores.

In the 2018 IPL season, he played a brilliant knock of 62 runs in just 21 balls against Kolkata Knight Riders, which included four consecutive sixes in an over against Kuldeep Yadav. In the same match, he made a record as he scored 50 runs in just 17 balls, which is one of the fastest fifty in the history of IPL.

After his brilliant performance in IPL 2020, Kishan is said to be one of the country’s future stars and is not too far away from representing the country at the highest level.