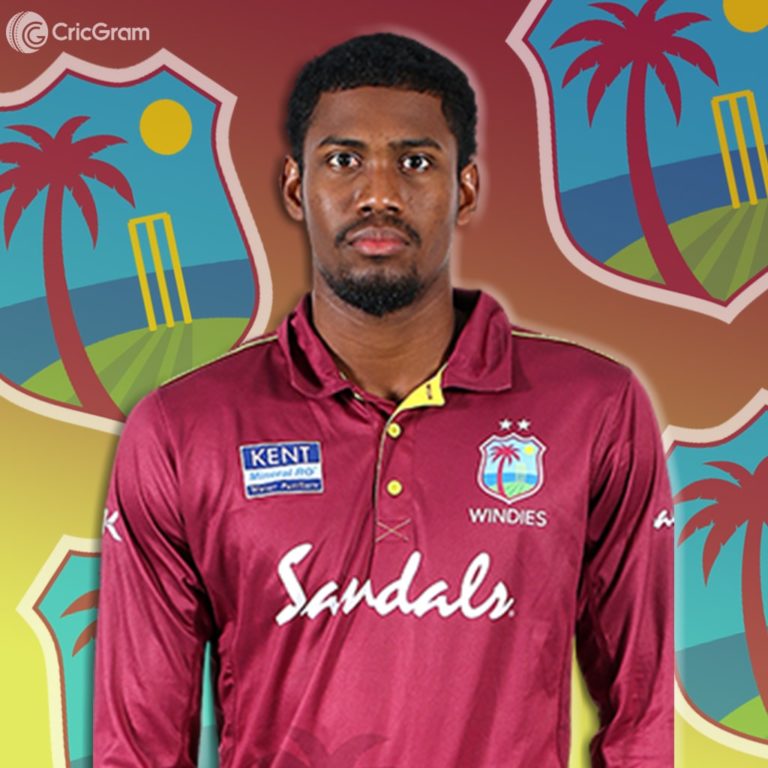 Keemo Paul is a West Indies cricketer of Guyanese origin. He bats right-handed and bowls right-arm fast-medium. Keemo Paul made his international debut in 2018 and the all-rounder plays as an aggressive lower-order batter and part-time bowler in this West Indian team. He is also known for his brilliant fielding. His game is more suited for T20s. In August 2019, Cricket West Indies named him the T20 Player of the Year.

Keemo Paul Biography: Keemo Paul was born in a small village called Saxacalli in Guyana. His Father, David, was a school teacher and his mother’s name is Rita. He also has three siblings. He grew up in Guyana where the family also maintained agricultural land. His father credits his son’s fitness is due to the natural foods from their own yard.

Paul’s first major coach was the Guyana Under-15 team’s head coach named Nedd. Johan Botha also coached him at the Guyana Amazon Warriors. He considers former Australian captain Ricky Ponting as his mentor. Ricky Ponting has coached him in the Delhi Capitals and also during the Big Bash League.

West Indies board selected Paul for the 2016 Under-19 Cricket World Cup after his good performances in the domestic matches. He played an important role in helping West Indies win the 1st ever U-19 World Cup. Keemo Paul got Richard Ngarava out through ‘Mankading’ in the last over against Zimbabwe and helped his team to qualify for the knockouts. Later, in the final against India, he scored a match-winning 40* off 68 balls, including the winning run. He ended the tournament with 166 runs and 7 wickets from his 6 matches.

Keemo Paul was a part of Guyana’s U-15 team and Barbados age cricket team. He made his List-A debut in the 2014/15 Regional Super50 tournament against Trinidad & Tobago.

After a successful U-19 World Cup, Keemo Paul made his first-class debut for Guyana in the 2016/17 Regional Four Day Competition in March 2017 against Trinidad & Tobago once again. He got Evin Lewis out in that match and also scored 27* runs. His maiden first-class century came against Jamaica in the 2017/18 edition.

He then made his T20 debut with the Guyana Amazon Warriors in the 2017 Caribbean Premier League against St Kitts and Nevis Patriots.

Cricket West Indies named him the ‘Emerging Cricketer of the Year’ in June 2018. The board then awarded him a development contract for 2018/19 season.

Keemo Paul’s international debut came in 2018. Cricket West Indies named him in the squad for the 2018 Cricket World Cup Qualifier as a replacement for injured Sheldon Cottrell. Keemo Paul impressed everyone on his debut which came against Afghanistan on 15th March 2018. Paul scored 16* from 18 balls including a six. He also opened the bowling for West Indies and picked up two wickets.

Keemo Paul was then selected in the T20I squad for the series against Pakistan in March 2018. His debut came on 1st April 2018. He opened the bowling once again and ended with 1/26.

He was then named as one of the ten reserve players for the 2019 World Cup. In the same year, the board awarded him the ‘T20 Player of the year’ award.

Currently, he is one of the regular players in both ODI and T20I Squad. However, Keemo Paul played his last Test in 2019 against England and he hasn’t played a Test match since then.

Keemo Paul is an aggressive batter and is also a good part-time bowler. This quality helped him to get contracts with different T20 leagues including Indian Premier League.

Keemo Paul’s rise in the T20s began in the 2017 Caribbean Premier League. In the IPL 2018 mega auction, Delhi Capitals picked up for his base price. He played for them until 2020.

He also played in the 2019 Global T20 Canada for Montreal Tigers. Keemo Paul played for the Colombo Stars in the 2021 Lanka Premier League. In 2020, Paul made his Big Bash League debut with Hobart Hurricanes.