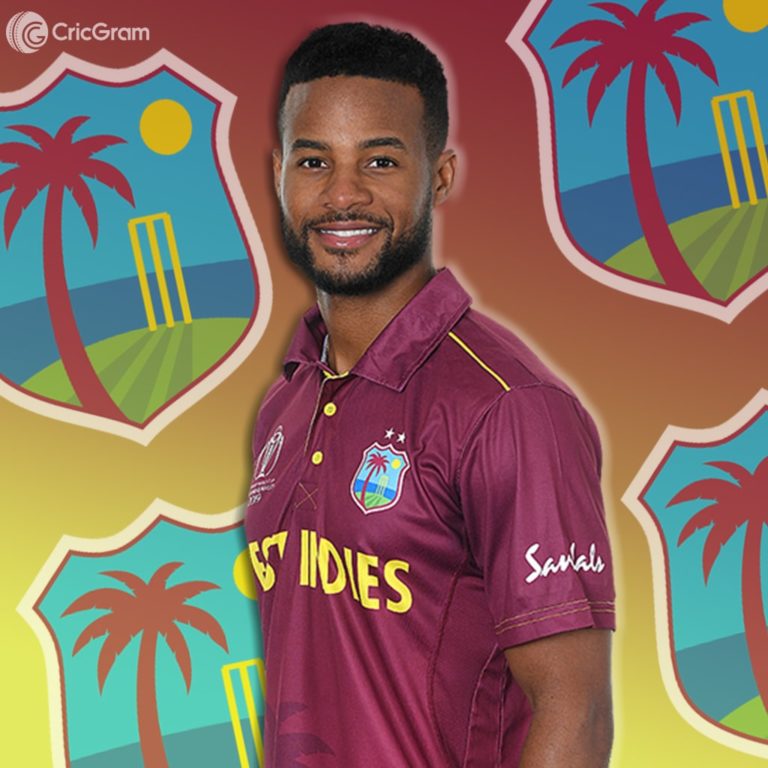 And apart from that, Hope has also represented the Barbados Royals in the franchise cricket Caribbean Premier League(CPL) since 2015.

Caribbean famous international cricket player Shai Hope was born on 10 November 1993 in Saint Michael, Barbados, he is especially known to play all three formats of international cricket since 2015. And for the first time, he was selected for the West Indies International team in 2015 for the Test squad after scored a double century in First class cricket in 2014.

And when he was just 18 years old, he started playing domestic cricket with the Barbados team and made his domestic t20s debut on 06 September 2012 in the match of Barbados vs BCB XI at Port of Spain.

If we talk about Shai Hope’s Family, then his father’s Name is Ian Hope while his mother‘s name is Quinta Hope. and apart from that, his Siblings name is Kyle Hope, who is also a Barbadian cricketer.

Hope is known for playing as a cricket batsman in his team, And his batting style is a Right-hand bat and is primarily known to bat in the Top order position of the match.

He has been playing domestic cricket since 2012 with the Barbados team and started his cricket career with the T20s format of cricket. So let’s see Shai Hope’s Domestic Cricket Career & debut.

He made his T20s debut on 06 September 2012 while playing against BCB XI at Port of Spain. After that, He made his FC debut on 23 March 2013, while playing against the Windward at Bridgetown. And he has got a chance to play 67 fc matches so far, in which he has scored 3832 runs with the help of 9 centuries and 13 half-centuries. And his best batting stat is 215* not out.

And then made his domestic List A cricket debut on 17 January 2015 in the match of Barbados vs Guyana at Port of Spain.

In 2014-15, After scoring double centuries in First class cricket, For the first time, Hope was selected for the WI international team in May 2015 for the Test squad against England. And he made his Test debut on  01 May 2015 in the match of England vs West Indies at Bridgetown. And he has got a chance to play 38 Test matches till august 2022, n which he has scored 1726 runs with the help of 2 centuries and 5 half-centuries.

And then, he was selected in the ODI squad against the West Indies vs Sri Lankan series in Nov 2016, and he made his ODI debut on 16 November 2016 while playing against Sri Lanka at Harare. After that, He made his T20I debut on 29 December 2017 in the match of West Indies vs New Zealand at Nelson.