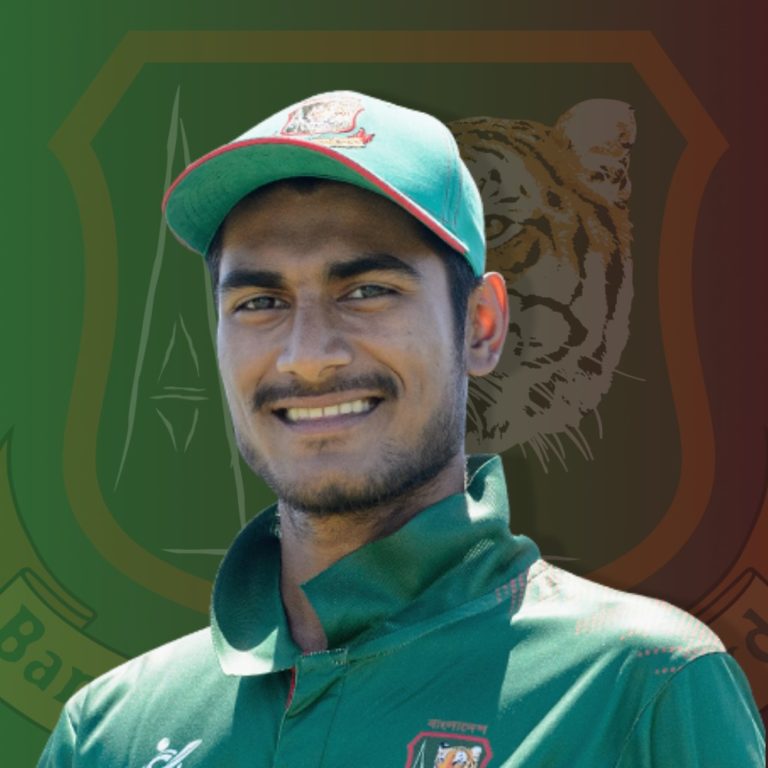 Mohammad Naim Sheikh is a young and talented opener from Bangladesh. He has established himself in the Bangladeshi team and is a key player for the team in the T20I team.

Mohammad Naim made his List-A cricket debut in the 2017-18 Dhaka Premier Division Cricket League for Legends of Rupganj on February 22, 2018, against Prime Doleshwar Sporting Club (PDSC). He had a decent outing as he managed to score 27 runs off 36 balls.

The opener was also part of the 2018 ICC U19 World Cup. In October 2018, Naim also made his FC debut in the 2018-19 National Cricket League for Dhaka Metropolis against Chittagong Division on October 15th, 2018.

He did not have a great debut game as he was dismissed for 9 and 6 runs respectively in his 2 innings. After his impressive and consistent performances in the U19 and domestic circuit, he was selected for Dhaka Dynamites for the 2018-19 Bangladesh Premier League (BPL).

The 2018-19 Dhaka Premier Division Cricket League was his breakthrough season as he was the leading run-scorer for his team Legends of Rupganj with 807 runs in his 16 outings. Naim was also part of the Bangladeshi training camp in August 2019 ahead of the 2019-20 Cricket season.

Talking about Naim’s domestic stats, he has played 43 List-A games so far and has scored 1822 at a very good average of 44.43 which also includes 4 hundred and 12 half-centuries.

His first-class record is not that great as he has managed to score only 183 runs from his 6 games at a very low average of 16.63.

After Naim’s commendable performances in the Domestic and the Bangladesh Premier League (BPL), he was included in the Bangladesh Squad for the last two T20Is in the 2019-20 Tri-Nation series.

The series included Bangladesh, Afghanistan and Zimbabwe. Naim did not play any game in the series but it was great learning for the youngster.

Naim finally got his opportunity on 3rd November 2019 against where he made his T20I debut. He played very well on his debut and scored 26 runs off 28 balls against a full-strength Indian team.

Naim has so far played 22 T20Is for Bangladesh and has scored 570 runs at a decent average of 27.14 which also includes 2 half-centuries.

He was also part of the Bangladesh team for the ICC T20 World Cup 2021. Naim played very well in the tournament but Bangladesh was not able to make it through the Knockouts and was eliminated in the group stage.

After impressing the selectors in the T20Is he was selected in the ODI squad as well in February 2020 for the three-match ODI series against Zimbabwe.

Naim made his ODI debut for Bangladesh on 6th March 2020. He did not get to bat in this match as the top order finished the game for the team. He has played only 2 ODIs so far and has scored 1 run.