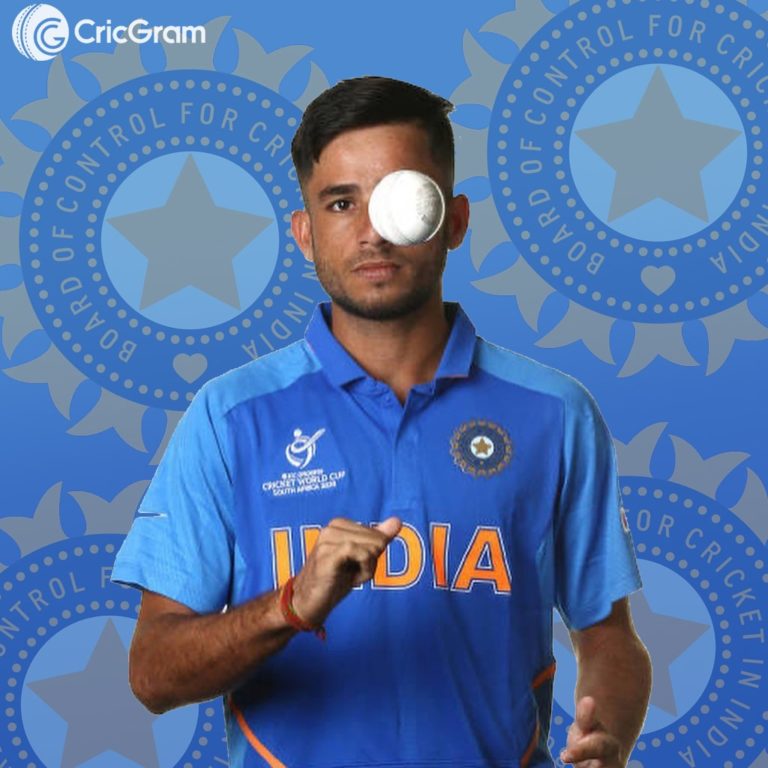 Ravi Bishnoi biography: India’s international spin bowler Ravi Bishnoi was born on 5 September 2000 in a middle-class Bishnoi family in Birami village in Jodhpur district of Rajasthan, and he is mainly known for playing IPL franchise Cricket, International cricket, and domestic cricket for the Rajasthan team.

Ravi’s father’s name is Mangilal Bishnoi who is a government teacher while his mother’s name is Shivri Bishnoi, and she is a housewife. And apart from this, his sister is Anita and Rinku Bishnoi while his brother is Ashok Bishnoi.

He plays as a spin bowler in his team, and his bowling style is Legbreak Googly spin.

Bishnoi started playing cricket professionally in the year 2019 with Rajasthan domestic team. And within just 2 to 3 years, he became part of the Indian Premier League and the Indian international cricket team. So let’s see about Ravi Bishnoi’s cricket career & debut.

He made his List A debut on 27 September 2019, playing against the Jammu and Kashmir team, and has played 17 List A cricket matches so far in which he has taken 24 wickets at an economy of 5.48.

At the same time, he made his debut in T20 cricket on 21 February 2019 while playing against the Tamil Nadu team in the Syed Mushtaq Ali Trophy and he has got a chance to play an only 60 T20s cricket match so far, in which he has taken a total of 66 wickets by giving runs at an economy of 7.06.

Bishnoi was selected for the first time in the IPL by the Kings XI Punjab team in the year 2020, and he played his IPL debut match on 20 December 2020 against the Delhi Capitals team in which he did maiden overs by taking 1 wicket. And after that, he was part of Kings XI Punjab till the 2021 IPL season and after that, he was released in the year 2022, and he became part of the Lucknow Supergiants team in the 2022 IPL season.

Bishnoi has been included in the Lucknow Super Giants team by paying a price of 4 crores in the IPL mega Auction 2022.

If we talk about Bishnoi’s international career, then he was selected in the India international ODI and T20I team in January 2022 and he was included in the home series played against the West Indies team, and he made his T20I debut on 16 February 2022 playing against the West Indies team. in which he gave 17 runs with 2 wickets in 4 overs spells.

Bishnoi has been playing cricket since February 2019 with the Rajasthan domestic team, and he has been playing Indian Premier League (IPL) since the year 2020 for many IPL Teams and has taken many wickets for his teams, so let’s see ‘Ravi Bishnoi stats‘.