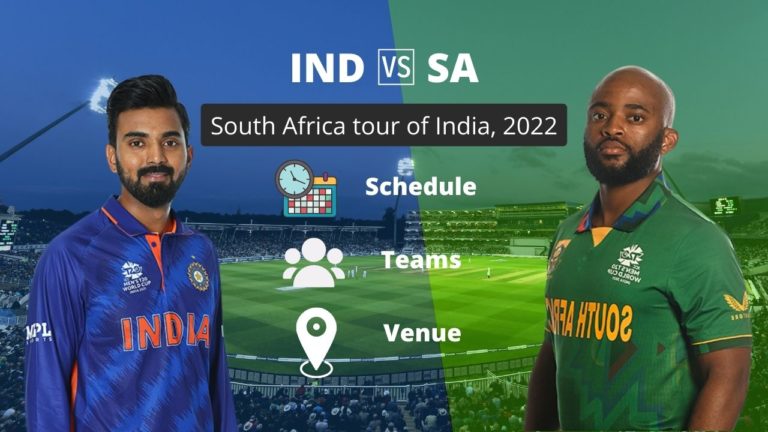 In this article, we will tell you everything regarding South Africa tour of India Schedule, Players list and Squad details in formation about both the teams.

South Africa will be touring India in June 2022 for 5 T20Is. India have announced a 18 member squad for this team. Senior Players like Virat Kohli, Rohit Sharma and Jasprit Bumrah have all been rested for this series to keep them fresh for the test match against England in July. Whereas, Umran Malik has received his maiden India call-up.

KL Rahul will lead the side in the absence of Rohit Sharma and Rishabh Pant has been named his deputy. Dinesh Karthik has also made his comeback to international cricket after a long time and is another highlight of this series.

The 5 match T20I series between both the teams will be live streamed on the Star Sports Network and will also be available on the Hotstar app every matchday from 7:30 PM.

India has won their last 11 T20I games and are likely to win their 12th consecutive game in the 1st T20I.