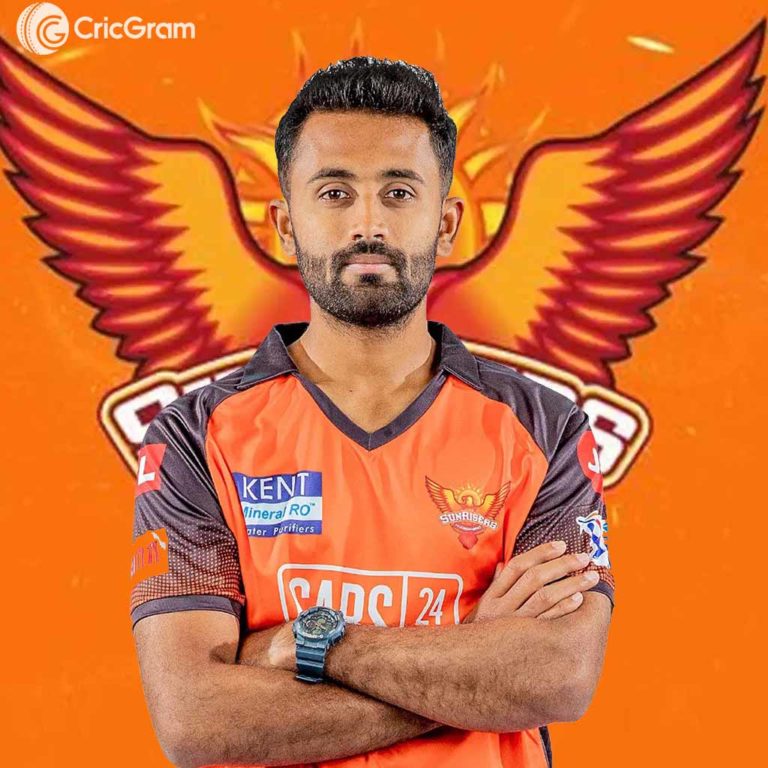 Shreyas Gopal is an Indian all-rounder cricketer who plays domestic cricket for the Karnataka team and has been part of the Sunrisers Hyderabad team in the Indian Premier League since 2022. And he started playing domestic cricket from the year 2013.

Shreyas Gopal biography: Indian all-rounder cricketer player Shreyas Gopal, who started his IPL career in the year 2014 with the Mumbai Indians team, was born on 4 September 1993 in Bengaluru city of Karnataka state, and he is mainly known for playing IPL cricket and domestic cricket for Karnataka team. And he is a right-handed batsman as well as a right-arm leg break spin bowler.

Shreyas came into the media headlines when he took four wickets for 20 runs in 4 overs while playing with the Rajasthan Royals in the IPL season 2020 and played an important role in winning his team.

If we talk about his married life, then he is married to Nikita Shiva (Shreyas Gopal wife name) on 25 November 2021 in Bangalore. And his wife did her graduation from Manipal Institute of Technology, and after that worked in many software companies in Bangalore. After that, she started a company called The Mana Network.

At the same time, he made his debut in List A cricket on 7 November 2014, playing against the Andhra team, and he has got chances to play a total of 47 List A cricket matches so far in which he has scored a total of 434 runs at an average of 21, And together, he has taken a total of 77 wickets by bowling.

He has played IPL matches for Mumbai Indians, Rajasthan Royal, and Sunrisers Hyderabad team in his IPL career so far.

He has been included in the Sunrisers Hyderabad team in IPL 2022 by paying 75 lakhs and played his first IPL match for Sunrise against the KKR team on 15 April 2022.

Shreyas Gopal has been playing domestic cricket since 2013 and he had scored many runs and taken wickets for his Karnataka team, so let’s see his ‘Shreyas Gopal stats’.