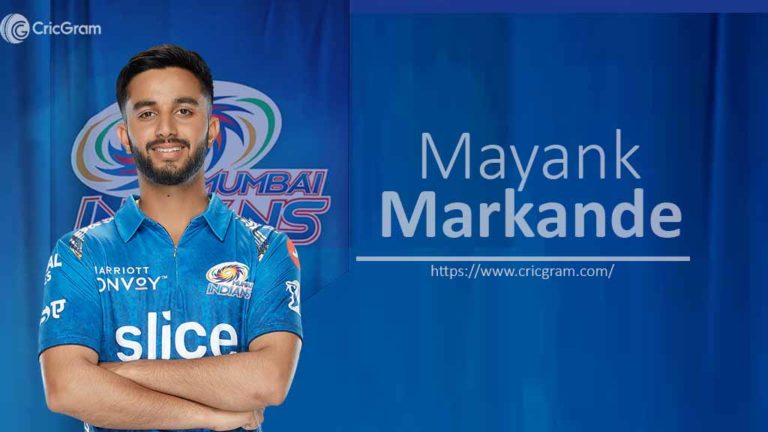 M Markande is an Indian right-arm leg break spin bowler who made his international cricket debut in the T20I match against Australia in February 2019. And he represents the Punjab team in domestic cricket. At the same time, he started his IPL career with Mumbai Indians in the year 2018.

Mayank came into the media headlines when he dismissed Chennai Super King captain ‘MS Dhoni‘ by LPW with his googly ball in his first IPL season in 2018.

On the other hand, if we talk about the initiation schooling education of Mayank, then he has completed his early schooling from Yadavindra Public School, Patiala, and after that, he has been completed his graduation degree from Patiala University.

He made his debut for the Punjab team in short format cricket on 14 January 2018 with the Syed Mushtaq Ali Trophy and has taken 43 wickets in 43 T20 matches with a 7.23 economy.

And after that, he made his List A debut in Vijay Hazare Trophy against Bengaluru on 7th February 2018, and he took 83 wickets in 53 List A matches bowling at an economy of 4.55.

Mayank made his first-class debut for the Punjab team in the Ranji Trophy on 1 November 2018, and was the highest wicket-taker of the Ranji Trophy that year, taking 29 wickets in 6 matches.

Mayank was included in the Mumbai Indians team for the first time in IPL season 2018 with his base price of 20 lakhs, and he played his IPL debut match against Chennai Super King, in which he took 3 wickets, and his biggest wicket was Chennai Super Kings captain Mahendra Singh Dhoni.

Mayank made his international cricket debut for India on 24 February 2019 in the T20I cricket match against Australia. And no wicket was in his name in his debut match.