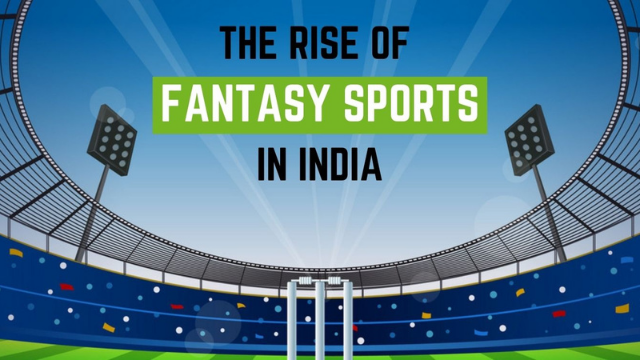 The rise of Fantasy Sports in India

We live in a country where every sports fan has an opinion about the team selection and the players’ performance. Fantasy Sports has made them an enabler to use those opinions and has changed them into active users of the technology.

Most importantly, Fantasy Sports has taken them to the driver seat to control the gaming experience.

Propelled by the massive increase in usage of the internet and the smartphone in the country in recent years, fantasy sports have changed how sports fan consume their favorite sport.

As cricket continues to dominate fantasy gaming in India, other sports like Football, Kabaddi, and others are also rising.

This has allowed companies to invest in the market and to bring in celebrities to promote the applications.

The rise of fantasy applications like Dream11 match prediction from a standard Fantasy App to the Indian Premier League sponsor shows what’s in store for these applications shortly.

Although four in five sports fans in India know what is meant by the fantasy sport, the sector is still growing. So, what are fantasy sports?

They are online prediction games where the user will turn into the “manager.” They get to pick eleven players out of 22 available players (11+11 from both teams) to make a perfect team.

Usually, the Fantasy Cricket game is divided into two types; one is the season fantasy game. The user gets to pick a single team with eleven players among all the teams available in a big tournament like IPL. They will have an option to draft, trade players in between games.

The other is the daily fantasy game, something that is pretty common in India; here, the user can pick a team for a single today match prediction, enter the contest, and those with high points go home with the prize money.

Every single month, a new fantasy gaming application has been introduced into the Indian market. However, not many survive competitions. Some of the current leaders of fantasy sports in India are Dream11, Gamezy, My Circle11, MPL, Ballebaazi, and the list.

Among these applications, Dream11 is the oldest and has the most number of users; they act as the prototype for other fantasy applications in India.

How do they work?

To protect the consumer interest and deliver the right product, the Federation of Indian Fantasy Sports (FIFS) came into existence a few years ago. FIFS is a self-regulatory body and has 35 of the major fantasy sports companies as their member at the moment.

They have formulated the ground rules for all the fantasy applications. A new Online Fantasy Sports Platform must submit their product to FIFS, and the Innovation Committee of the FIFS would evaluate the product.

After evaluating the product under the proposed contest of “game of skill,” the application would become a member of FIFS. Also, each member must obtain a license and authorization to use third-party intellectual property rights such as players’ images, team logo, etc.; the members will have to obtain a license to claim any official association with a team or a player.

The Indian Gambling Law does have a few loopholes, and Fantasy Sports are currently making use of these loopholes to stay legal. There have been multiple cases over different applications over the years, but the court had ruled out the cases pointing out that fantasy sports comes under ‘Game of Skill’ and is different from gambling.

The court has opted for the “dominant factor,” pointing out that Fantasy Sports need unique research and skill, more than just luck. Thus, it comes under the “game of skill,” unlike gambling, a “game of chance.”

Future of Fantasy Sports in India

While the growth of fantasy sports in the country has been phenomenal in recent times, there are multiple cases still waiting for the court’s judgment.

Thus, the fate of Fantasy Sports in the country is currently hanging in the balance. Unless the government comes up with a better law for Fantasy Sport, there will always be uncertainty regarding the future.