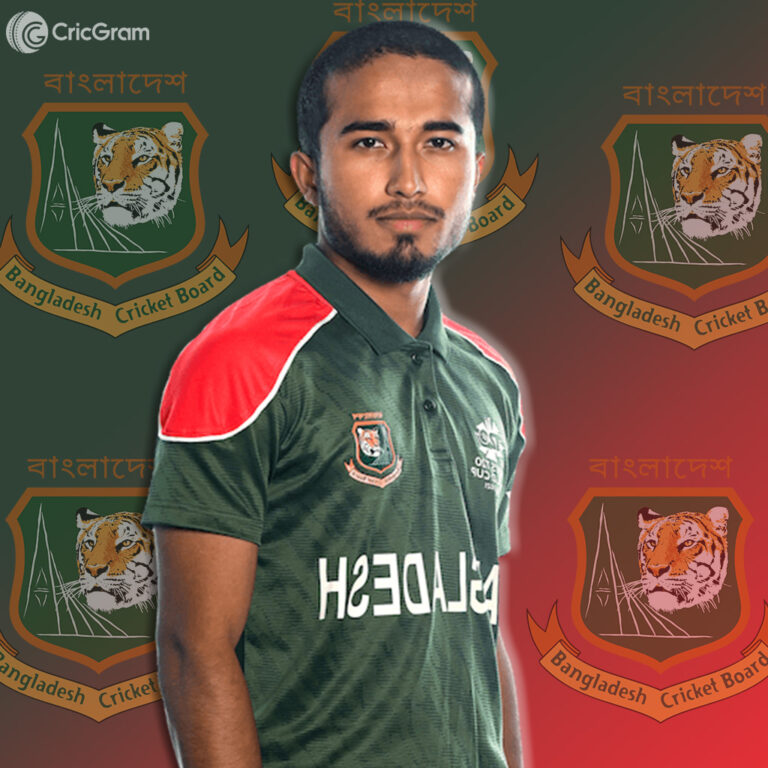 And he plays in the Bangladesh national team as an batting all-rounder cricket player. He is a Left-handed batsman and right-arm off-break bowler.

He completed his initial Schooling education from a private school in Khulna city, And after that, He had Joined Bangladesh Krira Shikkha Protishtan national sports institute at A Very young age.

He started playing cricket at the age of only 14 and he joined BKSP National sports institute, And from there they got the chance to play under 14 National Cricket Tournament for the first time. In which he had performed very well.

He made debut in the Domestic Cricket with T20s format of cricket as an all-rounder on 03 December 2016, and he was part of the Rajshahi Royals Cricket team, and in his debut match Afif take five-wicket by giving only 21 runs .

After thet, he made his first-class debut on 11 February 2017 for East Zone team.

Afif has done a debut in the Bangladeshi international team in Feb 2018 as an all-rounder player, and he was first selected in the International T20I team of Bangladesh team and he played his first international debut match against the Sri Lanka team.

In December 2018, he was selected for the Bangladesh international team for the T20s series match against Sri lanka, and he made T20I debut on 15 February 2018 in the match of Bangladesh vs Sri Lanka at Mirpur.

And After 2 years later, He made ODI debut on 06 March 2020 in the match of Bangladesh vs Zimbabwe at Sylhet.

Afif made franchise cricket debut on 03 December 2016 with the Bangladesh Premier League (BPL), and he was part of the Rajshahi Kings team in that league, and then he was selected in Khulna Titans in the year 2017, and then he was part of the Sylhet Sixers team till the year 2019. And Since 2019, he is part of Rajshahi Royals team in Bangladesh Premier League.