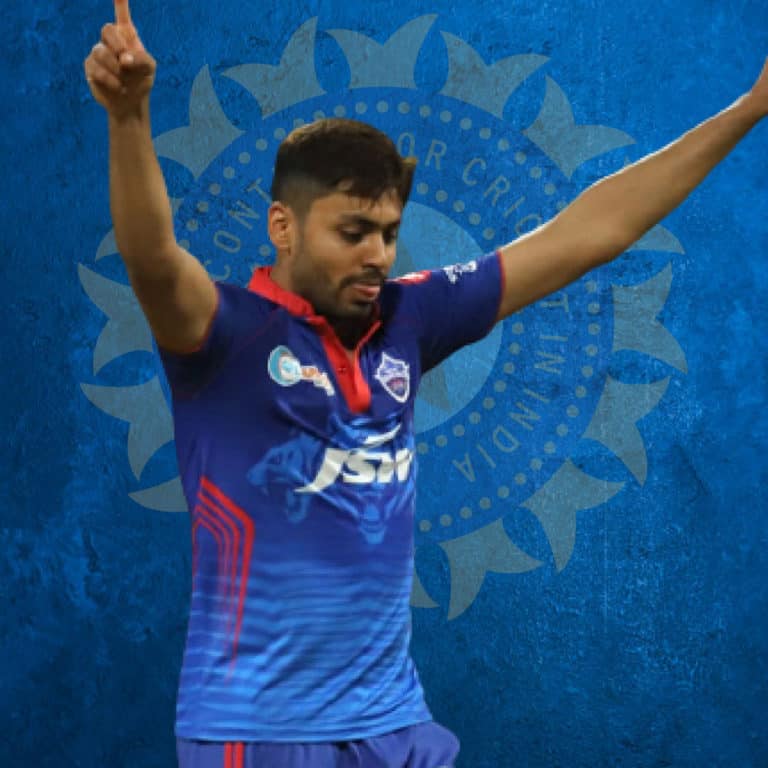 Avesh Khan is one of the famous emerging fast bowlers of India, who started his first-class cricket career in 2014. And after that, he constantly performed well in Domestic Cricket, First Class Cricket and IPL.

And due to his performance the first time they had an opportunity to play IPL in 2017, and then after playing the IPL on their base price, they finally selected them in the Indian international team due to good performances in their IPL in 2021.

Avesh Khan Biography: India’s International Cricket Player, Avesh Khan was born on December 13, 1996, in the Indore district of Madhya Pradesh, And he is mainly known to play the Indian Premier League (IPL), First Class Cricket, and Domestic Cricket.
And after that, he had a chance to play in the Indian Indian T20 International Cricket team for the first time in 2022, and he will be seen playing for the Indian team.

Avesh’s father’s name is Ashque Khan who was run a betel shop before Avesh became a cricketer, and After that, he is working in a Private Firm as Financial Manager, And besides, there is also a big brother whose name is Asad Khan, which is a digital market analyst.

Avesh has completed his initial schooling from the Advanced Academy School of Indore City and after that, he has graduated in Commerce from the Renaissance College of Commerce and Management, Indore.
And besides, Avesh has completed his cricket education from Indore Colts Club, and after learning all the bets of cricket, he first placed his step in the world of cricket.

Avesh started his cricket career at the age of 13 to 14 years and he Joined Indore Colts Cricket Club, and there he learned from Former India Team Cricketer Amay Khorasia.

Avesh has made his first-class cricket debut with Ranji Trophy in December 2014, and then he has played Ranji Trophy for the Madhya Pradesh team, And when he was playing with Madhya Pradesh’s team in the Ranji Trophy match of 2018-19, he was the highest wicket-taker his team’s and he had taken 35 wickets in seven matches.

And then Avesh was selected in the Under-19 Cricket team in December 2015, and he was also part of that team in the under-19 cricket World Cup 2016.

And after that, Avesh Khan did his international cricket debut in the last match of the T20 series against the West Indies in January 2022. He said that he was a little nervous before the debut, although the debut was not memorable because he gave 42 runs in four overs in the match.

Looking at the continuous good performance of Avesh in the Ranji Trophy, for the first time he was kept in the IPL auction in the year 2017 and he became part of the Royal Challengers Bengaluru team at his base price of 10 lakh. But his IPL was not very good for that year and he did not affect anything with his bowling.