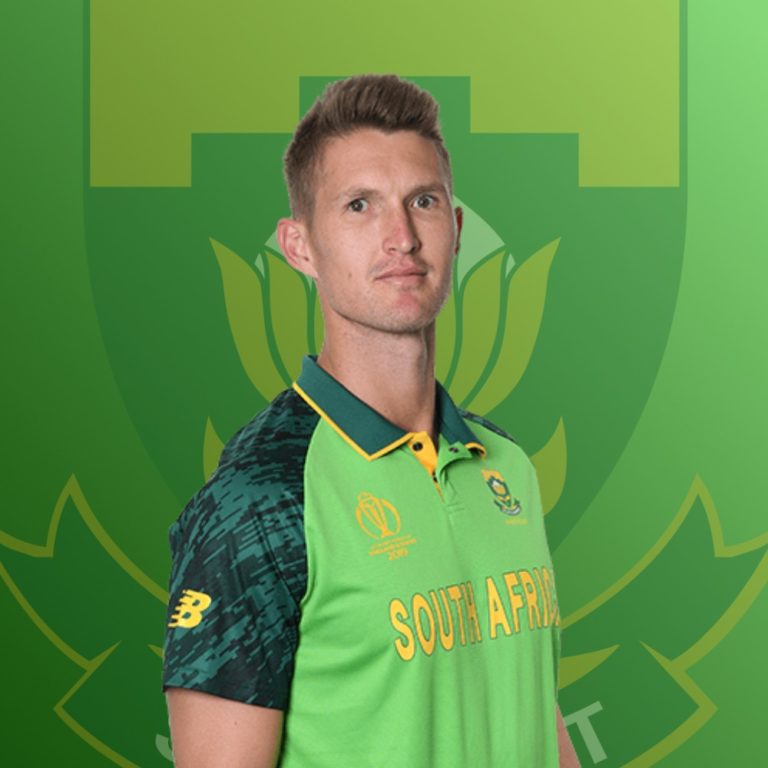 Dwaine Pretorius (born March 29, 1989) is a South African Cricketer who plays for South Africa in International Cricket and North West Dragons in First-Class and Domestic Cricket.

Dwaine Pretorius is a talented bowling all-rounder from South Africa and is a crucial member of the Proteas National setup.

Dwaine Pretorius made his first-class debut for North West way back on March 24th, 2011 in the CSA Provincial Three-day Challenge.

He had a dream debut for his team as he played a brilliant knock of 53 runs in the first innings and bowled a brilliant spell with the bowl in the second innings to register his first five wicket haul.

Pretorius also made his List-A for North West prior to his first-class debut. He made his debut on March 20th, 2011 against Free State in the CSA Provincial One Day Challenge. Unfortunately, the match ended with no result.

He made his T20 debut in the Stanbic Bank 20 Series on February 13th, 2010 for Desert Vipers against Southern Rockers. Pretorius had an excellent outing on his debut as he scored 34 runs with the bat and also picked up a wicket with the ball in his 2 over spell.

Pretorius has played for many T20 leagues around the world like T20 Blast and Pakistan Super League. Currently, he plays for North West in the 2021-22 domestic season.

Talking about his domestic stats, he has played around 60 first-class games so far and has scored 2762 runs with the bat and has picked up 173 wickets with the ball.

After his consistent performances in the domestic circuit, he was selected in the South Africa squad for the only ODI against Ireland.

Pretorius made his ODI debut for South Africa against Ireland on September 25, 2016. He had a decent debut as he managed to pick a wicket in his 5 over spell.

He has played 22 ODI games so far and has picked up 29 wickets with the ball and has scored 135 runs at an average of 15.

Pretorius made his debut in the shortest format on June 21, 2017 against England at Southampton. He did not have a game to remember as he was wicketless with the ball in his 2 overs.

In September 2021, he was selected in the South African squad for the ICC T20 World Cup 2021 and was a crucial asset for his team both with the bat and ball.

The Proteas all-rounder made his test debut for South Africa in the home series against England on December 26th, 2019 at Centurion.

He played very well in his first game as he scored 40 runs with the bat and also picked up 2 wickets with the ball and played a crucial role in his side’s victory by 107 runs.

Pretorius has played 3 test games so far and has picked up 7 wickets with the ball and has scored 83 runs with the bat at an average of 13.83.

● He plays for North West in domestic cricket.
● Pretorius made his domestic debut way back in 2010-11 but came into international cricket in 2016.
● His ability with the bat and ball is highly rated in South Africa and brings a lot of value to the team.
● Pretorius was a brilliant student in his college and school.
● He was brought up in the city of Transvaal and studied accounting from Hoerskool Rustenburg.