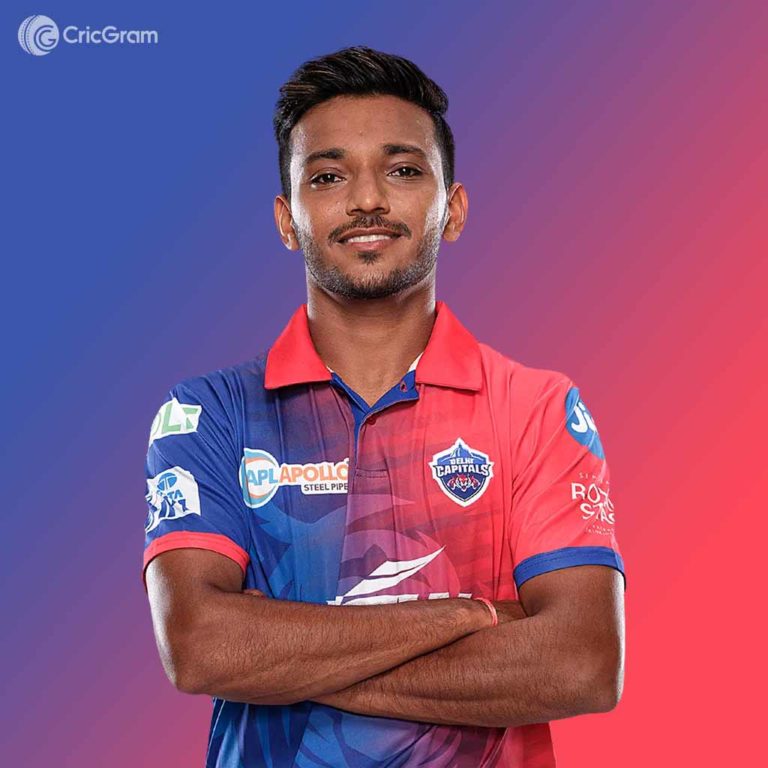 Chetan Sakariya (born 28 February 1998) is an Indian cricketer who plays for Saurashtra in Domestic Cricket and plays for the Delhi Capitals team in the IPL since 2022.

Chetan Sakaria biography: Sakaria, who belongs to a very poor Gujarati family, was born on 28 February 1998 in Bhavnagar city of Gujarat. He is primarily known for playing domestic cricket for the Saurashtra team and IPL cricket. He was selected for the first time in IPL in the year 2021 with 1.2 crore rupees. And currently, in the year 2022, he is part of the Delhi Capitals team.

Chetan plays as a cricket bowler in his team and his bowling style is left-arm fast-medium and is especially known for bowling in middle overs. And Chetan sakariya bowling speed is  130–135 km/h.

Sakariya started playing cricket professionally at the age of 19, and he played his first domestic match on February 22, 2018, and after that, he got selected for the Indian Premier League in the year 2021 at the age of 22.

Sakariya made his List A debut against Baroda on February 22, 2018. He picked up two crucial wickets of Krunal Pandya and Kedar Devdhar on his debut but was also expensive with the ball.

Later on, he also made his first-class debut against Gujarat in the same year. He made his debut match special by picking up a five-wicket in the first innings with figures of 5/83. He totally picked up 6 wickets in his debut first-class match.

In February 2019, Sakariya represented Saurashtra in the shortest format of cricket. And he made his debut against Railways and picked up one wicket in his 4-over spell.

Sakariya’s Journey to the big stage is no less than a fairytale. Sakariya’s condition was very weak financially and also his younger brother had committed suicide just before IPL 2021. He was picked up by Rajasthan Royals at the IPL 2021 player auction for a whopping price of INR 1.2 crores.

He made his IPL debut against Punjab Kings on April 12, 2021. It was an unforgettable night for the youngster as he picked up 3 wickets on his debut. With his impressive performances in his first game, he also cemented his place on the team. He has picked up 7 wickets in his 7th IPL matches of IPL 20221.

And after that, he has released by the Rajasthan Royals team in the year 2022, And then, he has included in the Delhi capital team with his base price of 50 lakhs. And he is a part of the DC team in the season of IPL 2022.