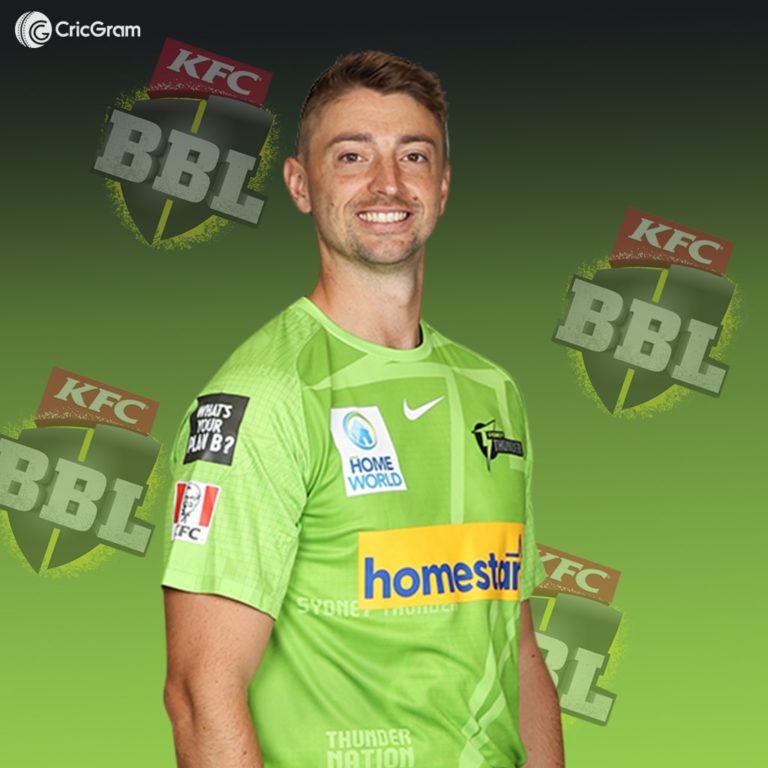 Daniel Sams is an Australian International Cricketer who has represented Australia in the T20I format and plays for the Sydney Thunder in the Big Bash League (BBL). He has also represented Mumbai Indians and the Delhi Capitals in the Indian Premier League.

Daniel Richard Sams is a left-arm fast bowler and a right-handed batsman who is known for his all-around skills with both bat and ball and is known for his performances in the Big Bash League (BBL) and Indian Premier League (IPL).

Interestingly, Dan Sams made his first-class debut for Canterbury in the 2017-18 Plunket Shield Season in the New Zealand domestic circuit as his local team New South Wales team sent him to play.

Sams had a perfect start to his first-class career as he picked up 3 wickets and scored 137 runs (49 in 1st innings and 88 in the 2nd innings) in his debut game.

A year later, he also made his List-A debut on 18th September 2018 against Western Australia in the JLT One-Day Cup. Sams had a dream debut as he scored 62 runs with the bat and picked up 3 wickets with the ball and was also awarded the player of the match award.

He was also selected to play for the Vancouver Knights in the Global T20 Canada in June 2019.  Sams has played only a  handful of games in the domestic circuit as he was quickly drafted into the international side and other competitive leagues around the Globe.

After some consistent and impressive performances for his local club Randwick-Petersham Cricket Club, he was drafted into the Sydney Sixers squad as a replacement for their injured pacer Henry Thornton.

He made his debut for the Sixers against Sydney Thunder on 19th December 2017 in the 2017-18 Big Bash League. Sams again had a dream debut as he picked 4/14 in his 4 overs which were also the best figures by any debutant in the history of the competition.

Sams came into the limelight after he picked up 30 wickets in the 9th edition of the Big Bash League and set a record for picking up the most wickets in a single season of the BBL.

Later in the 2018 edition of the BBL, Sams signed a contract with the Sydney Thunder and currently plays for them in the competition.

Daniel Sams has been a consistent performer in the Big Bash League since his debut and is currently a crucial member for the Sydney Thunder.

Sams has played 62 matches in the Big Bash League (BBL) so far and has scored 622 runs with the bat and his highest score is 98 not out. He also has 82 wickets with the ball with his best figures being 4/34.

After his impressive show in the Big Bash League (BBL) and also other competitions around the globe, Sams was selected in the 26-member Australian squad for their tour to England in July 2020. Sams did not get to play any game in that tour.

Sams finally made his T20I debut against India during their tour to Australia on 6th December 2020. Sams did not have a game to remember as he ended his spell with the figures of 1/41 in his 3.4 overs but was surely a good learning experience for him.

Similarly, as his BBL selection, Daniel Sams was selected by the Delhi Capitals for the 2020 IPL season which was played in UAE after Jason Roy pulled out of the competition.

He made his IPL debut against the Punjab Kings at the Dubai International Stadium on 20th October 2020. Sams was then traded to the Royal Challengers Bangalore for the 2021 IPL season.

He was then part of the Mumbai Indians for the 2022 IPL season. Sams was not having a good time initially in the tournament but was brilliant for the Indians in the 2nd half. He also registered his best bowling figures of 4/30 playing for them.