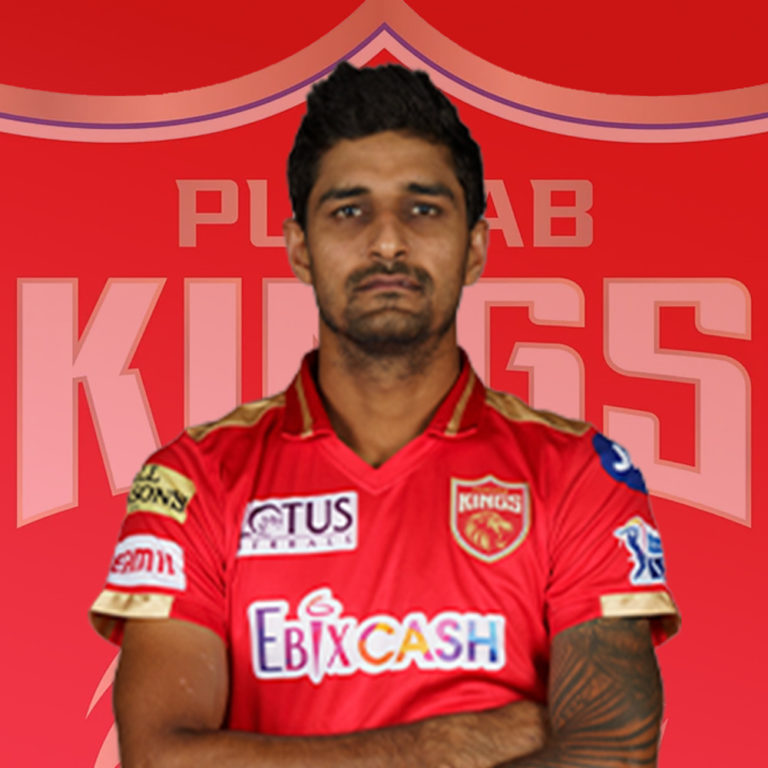 Deepak Hooda (born 19 April 1995) is an Indian Cricketer who plays for Baroda in Domestic Cricket and plays for Punjab Kings in the IPL.

Deepak Hooda was born in Rohtak, Haryana but plays domestic cricket for Baroda. Hooda is known for his power game. His explosive power with the bat makes him a brilliant player in the white ball game. Hooda has also been good in the red-ball format and has shown patience and determination in the Ranji Trophy. Hooda was also brilliant for India U-19 in 2014. His ability with both bat and bowl made him a player to watch out for early in his career.

He made his first-class debut for Baroda way back in 2014 against Bengal on December 7 at Vadodara. Hooda also became the second player after Snehal Parikh to score a century for Baroda on his test debut. He has totally played 46 first-class games and has scored 2908 runs in his 73 innings with his highest score being 293*.

Hooda’s white-ball stats have all been amazing. He has played 68 List-A matches and scored 2059 runs with his highest score being 161. His T20 records are also very impressive. He has played 131 T20 matches and has scored 1834 runs. Hooda also has a century to his name in the shortest format.

Deepak Hooda’s ability with both bat and ball and also his impressive numbers in the domestic circuit earned him an IPL contract with Rajasthan Royals in 2015.

In 2017, Deepak Hooda was selected for the national team for their T20I series against Sri Lanka in November. Unfortunately, he did not get any chance to play in that series but it was definitely a great learning experience for the youngster

Hooda was bought by Rajasthan Royals in the 2015 Player auction for INR 40 lakhs. In his very first season, he represented his franchise in 14 games and scored just 151 runs as he was batting very low down the order. All these runs also came with a brilliant strike rate of almost 160. He also registered his maiden half-century off 22 balls which was also the fastest for Rajasthan Royals in 2015.

Deepak Hooda was again in the 2016 IPL auctions and it was very certain that many franchises would go for him because of his impressive performances in the 2016 Mushtaq Ali Trophy.

Sunrisers Hyderabad picked him for the 2016 IPL season for a whopping price of INR 4.2 Crores. He played for the franchise for three years but didn’t really put up some match-winning performances. In 2020, Hooda was again part of the auction table. This time around he was picked up by the Punjab Kings again because of his impressive performances in the domestic circuit.

Hooda was in and out of the playing XI for the team. His breakthrough innings for the Kings came against Chennai Super Kings in the last league stage match for his team in the 2020 IPL Season. He smashed 62 runs off 30 balls and proved his worth.

In the 2021 IPL season, Hooda batted in the lower middle order and also played the role of a finisher. He again played a brilliant inning against the Rajasthan Royals in the very first match of the 2021 season for his team and scored 64 runs off 28 balls. Hooda’s ability both with the bat and ball makes him a crucial asset for the franchise in the coming years.

He has totally scored 741 runs in his 76 IPL matches and has also picked up 9 wickets with the ball.