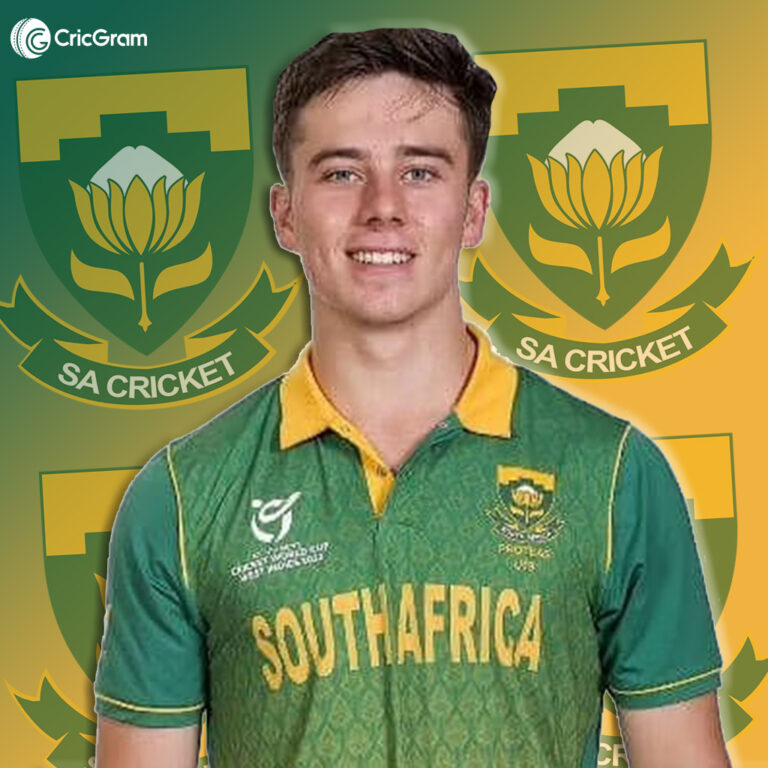 Dewald Brevis is one of the emerging famous cricketer of South Africa, which are known to play their Under-19 World Cup in which they had two centuries and three half-centuries, And he was the highest run-scorer of the South Africa Under-19 team. And since then they started calling them ‘Baby AB‘ in the whole world.

The most important thing about Dewald Brevis is that, He is the third-highest T20 scorer in the cricket world by scoring 162 Runs in 57 balls with the help of 13 fours and 13 sixes, during CSA T20 Challenge matches 2022.

If we talk about Dewald Brevis Family, father name then his father’s name is Jack Devis while his mother’s name is Yolanda devis and besides, his big brother’s name is Reinard Devis, And now the whole family of Dewald lives in Johannesburg.

At the same time, if We talk about his initiation school education, then he completed their initial schooling education from ‘Pretoria’s Afrikaanse Hoor Seunskool’ of South Africa, and South Africa’s famous AB de Villiers and Faf du Plessis are also part of this school.

Dewald started his cricket career at the age of 13 to 14 years and he joined the Johannesburg City Cricket Academy of South Africa, and after taking the initial education of cricket, he got a chance to play South Africa’s Domestic Cricket and First Class Cricket.

David has debuted in April 2021 with the Northerns team in South Africa’s First Class Cricket. And since then he continued to be part of this team. By the way, Dewald has not performed anything special in South Africa’s first-class cricket. They have just scored just 54 runs, And also they have not got much chance to play FC cricket .

Dewald Brevis made his Twenty20 cricket debut on 8 October 2021 for the South Africa Under-19s, And after one month he was selected in South Africa’s ICC Under-19 Cricket World Cup team.
And in the 2022 Under-19 World Cup, he scored 2 centuries and 3 half-centuries from his bat, and he had scored a total of 506 runs in this World Cup. And After seeing his batting innings, his name became ‘Baby AB’ in South Africa.

After seeing his good performance in the Under-19 World Cup2022, his name was listed in the mega auction of the IPL season of 2022, And he joined Mumbai Indians franchisees with a large amount of three crores. And now he will be part of the Mumbai Indians team from the 2022 IPL season, At that time, his age is only18 years.