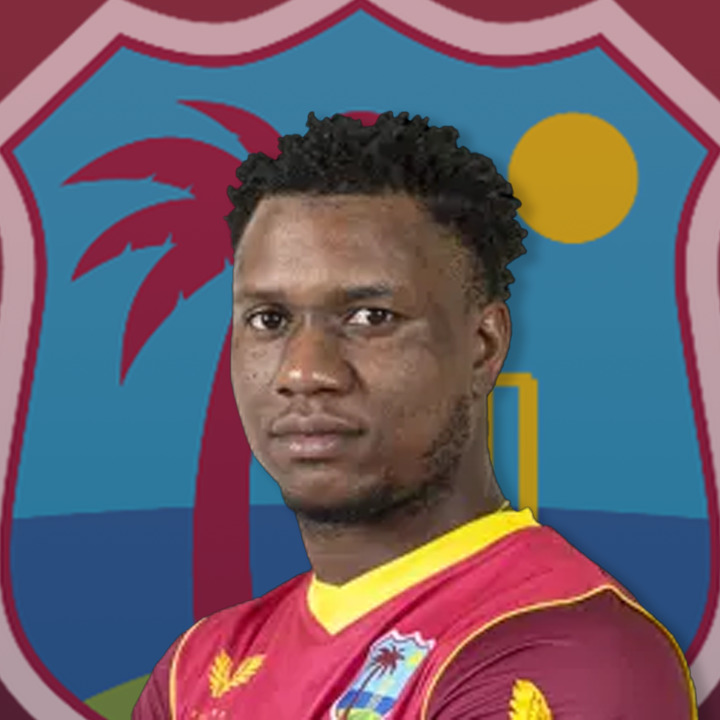 Evin Lewis (born on 27 December 1991) is a West Indian cricketer who plays for West Indies in International Cricket and plays for St Kitts & Nevis Patriots in the CPL.

Evin Lewis is a left-handed batsman and plays for the West Indies. He is known for his aggressive batting and stroke play all around the world. The left-handed opener made his first-class debut playing for Trinidad and Tobago in the 2011-12 Regional four-day tournament in March 2012. Lewis has also been part of the 2012 and 2013 Champions League T20. He is known for his blistering knock of 62 runs in the 2013 Champions League semifinal against Mumbai Indians.

Lewis was also part of Trinidad and Tobago which won the local Under-19 championship in 2008. He made his List-A debut for his local side in 2009. Lewis has played around 98 List-A games so far and has scored 3187 runs at an average of 30.72. His consistent performances in the domestic circuit also earned him a place in the Trinidad and Tobago squad in the Caribbean Premier League.

After his impressive performances in T20 cricket, he was selected for the ODI series against Pakistan in 2016. He made his debut in the 3rd game of the series and scored 22 runs. He has since then been a consistent performer for the team in the limited-overs and is also an integral part of the team in this format.

Lewis has so far played 55 ODIs and has scored 1791 runs which also includes 4 centuries and 9 half-centuries and Evin Lewis highest score in ODI cricket is 176.

He was soon roped into the national team after his consistent performances in the CPL over the years. Lewis was part of the 2016 World Cup squad as a replacement for Lendl Simmons who was injured and was not part of the 1st half of the tournament. He made his debut against Afghanistan on March 27, 2016, at Nagpur.

Unfortunately, Lewis was dismissed for a 7-ball duck on his T20I debut. Evin Lewis is the only third batsman in the world to have 2 T20I centuries under his name and was also the first batsman to score two international centuries against the same opposition. Evin Lewis highest score in T20Is is 125 which came against India in July 2017.

His ability to hit sixes and his aggressive nature in the competition also earned him an IPL contract in 2018 with Mumbai Indians. Talking about his CPL stats, he has played 69 games and has scored 1787 runs, and also has 14 half-centuries under his belt.

After his impressive stroke play in the Caribbean Premier League, Lewis was picked up by the Mumbai Indians in the 2018 IPL auctions for a whopping price of INR 3.8 crores. He had a decent 2018 IPL season as he scored 382 runs from his 13 matches at an average of 26. Lewis was retained by the franchise for the 2019 season as well but played just 3 games and was later released by the team ahead of the 2020 IPL season.

He went unsold in the 2020 IPL auctions but has since then been in a great form and would definitely attract buyers ahead of the 2022 IPL season. Lewis has played 16 IPL games and has scored 430 runs which also includes 2 half-centuries.