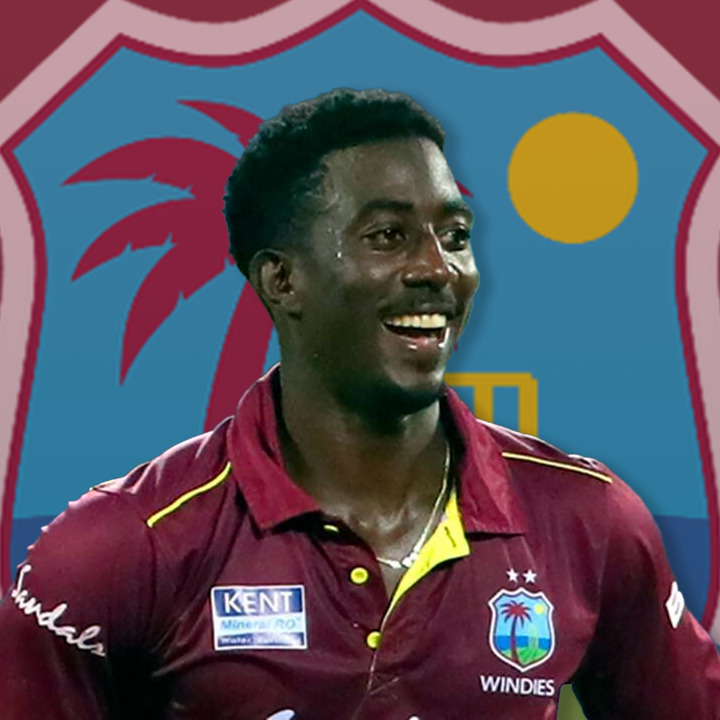 Hayden Walsh Jr (born on 7 May 1995) is an American born West Indian player who plays for West Indies in International Cricket and plays for Barbados Tridents in the CPL.

Hayden Walsh Jr is a right-arm leg spinner who made his name in the Caribbean Premier League and has also represented both the United States of America and the West Indies. Walsh was born in the US and hence, is an American citizen.

He also has the highest score of 86 with the bat which came against Jamaica. From 2014, he has represented Barbados in the domestic circuit. Talking about his first-class stats, Walsh has picked up 60 wickets from his 26 games which also includes 2 five-wicket hauls.

Hayden Walsh Jr was included in the United States’ squad in 2018 for the ICC World Cricket League third division which was played in Oman. In 2019, he was named for their series against UAE and hence made his T20I debut for the USA on March 15th, 2019 against UAE. A year later in April 2019, Walsh also made his ODI debut for the country against Papua New Guinea.

After his consistent performances for the Leeward Islands and the CPL, he was selected for the West Indies ODI squad in October 2019 against Afghanistan in India and made his ODI debut for West Indies on November 6, 2019. He also became the 14th cricketer in the world to represent two international teams in ODI cricket.

In December 2020, he was also named in the ODI squad against Bangladesh but was later not available for the series because of testing Covid positive. His best performance came against Australia in July 2021, as he picked up his first five-wicket haul in this format. He has played around 12 ODIs and has picked up 18 wickets so far which is very impressive.

A week after his ODI debut, Walsh also made his T20I debut for West Indies against Afghanistan on November 14, 2019, and also became the 9th player in the World to represent two teams in T20Is.

July 2021 was his breakthrough moment and also a career turning point as he picked up 12 wickets in the 5 matches T20I series against Australia. He is currently an integral part of the team in this format and is expected to play a key role in the 2021 ICC T20 World Cup which will be played in UAE later this year.

Walsh has played 22 T20Is and has picked up 23 wickets and is currently West Indies’ primary spinner.

Hayden Walsh made his CPL debut as an American cricketer for St Kitts and Nevis Patriots on 28 August 2018. He has been a consistent performer in the team and has been a very impactful player in the middle overs. Hayden Walsh Jr CPL 2021 team is Barbados Tridents.

It was his CPL performance that led to his selection in the national team and has been in fantastic form since 2021. It will also be interesting to see how he fares in the upcoming IPL auctions as well as the ICC T20 World Cup in October 2021