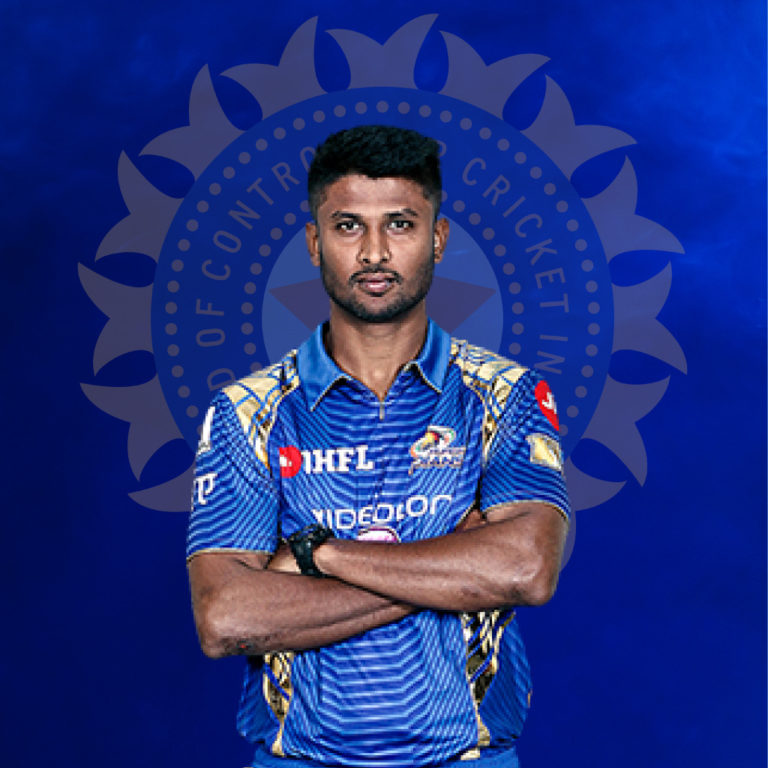 Krishnappa Gowtham (20 October 1988) is an Indian Cricketer who plays for Karnataka in Domestic Cricket and Chennai Super Kings in the IPL.

Gowtham made his T20 debut for his state team Karnataka against Chennai in the Syed Mushtaq Ali Trophy on 16 October 2011. Unfortunately, he bowled just an over in which he went for 12 runs and ended wicketless, but Karnataka won the match by 40 runs in the end.

He then made his debut in the whites for his team on 17 November 2012 in the Ranji Trophy against Uttar Pradesh at Meerut. Gowtham picked up crucial wickets of Suresh Raina and Bhuvneshwar Kumar in the second innings.

After his impressive performances, he was selected for the 2012 Ranji Season and was thereon a regular member for his stateside. In the 2016-17 Ranji Trophy, He impressed everyone after picking up two consecutive five-wicket hauls against Delhi and Assam. Gowtham picked up 18 wickets in just three matches which led to his selection in the India A side.

Unfortunately, due to illness, he took a leave from the 2017 Duleep Trophy, but he was seen playing in the Karnataka Premier League after few days. For this reason, BBCI replaced him with Karan Sharma in India A squad. Gowtham then made his List A debut for Karnataka on 25 February 2017 in the Vijay Hazare Trophy against Jharkhand. He was impressed with the ball as he picked up four wickets in his spell and helped his team to win the game by five runs.

Gowtham is currently a regular and a top performer for his state team Karnataka with a lot of experience in domestic cricket.

Krishnappa Gowtham made headlines after the Rajasthan Royals picked him in the 2018 IPL auction for a whopping 6.2 crores. However, Gowtham proved his worth in the 2018 IPL season by his finishing prowess and helped his team qualify for the playoffs. However, after his inconsistent performances in the 2019 IPL season, he was traded to Punjab Kings for the 2020 IPL season, which was played in Dubai.

Gowtham again failed in the 2020 IPL season and was released by his franchise before the 2021 IPL auction. He again made headlines after being picked by the Chennai Super Kings which is led by MS Dhoni for a whopping 9.25 crores.

Gowtham will surely be a player to look out for in the 2021 IPL season and will also be a crucial player for the franchise in the coming years.