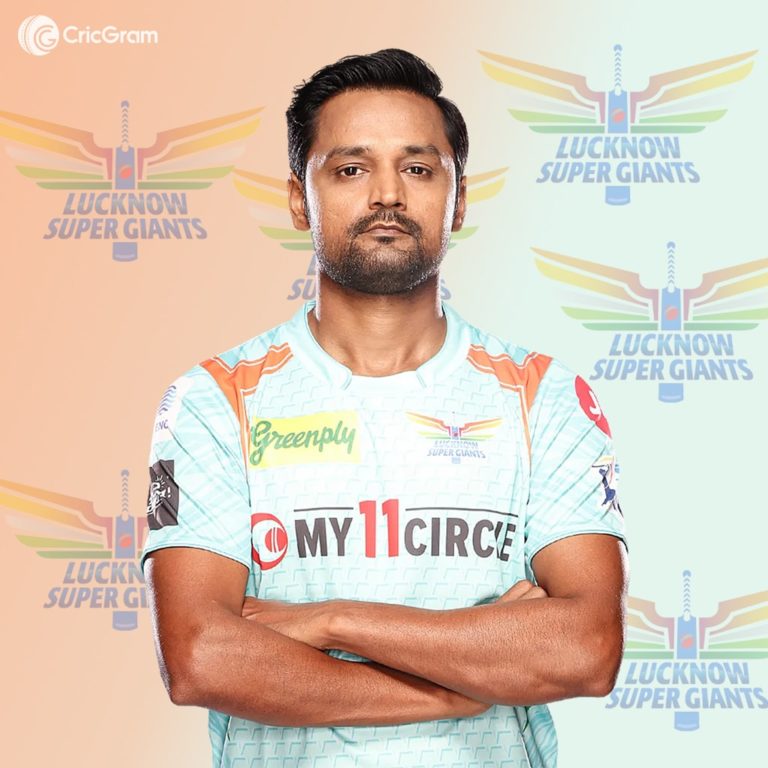 On the other hand, if we talk about his family, then his father’s name is Javed Mohammad, who is a police officer, and apart from this, no information about his mother and siblings has been shared on the internet yet.

Shahbaz is married to Saman Akhtar in August 2015 and they have a child together.

He plays in his team as a bowler all-rounder, and his bowling style is slow left-arm orthodox.

He started playing cricket professionally from the year 2004, and he played his first domestic cricket match for the Jharkhand team on 4 December 2004. And after that, he was selected for India’s international team in the year 2019. So let’s see about ‘Shahbaz Nadeem’s cricket career and debut’.

At the same time, he made his List A debut on 13 January 2005 against the Orissa domestic team, and he has played 119 List A cricket matches so far, in which he has taken 162 wickets by giving runs at an economy of 4.31.

At the same time, he made his debut in T20 cricket on 3 April 2007 against the Orissa domestic team, and he has got a chance to play 140 T20s cricket matches so far, in which he has taken 114 wickets by giving runs at an economy of 6.81.

Shahbaz was selected for the India International team in the year 2019, and he is only part of the India Test team right now. So let’s see about ‘Shahbaz Nadeem International Cricket Career & Debut’.

He made his Test debut on 19 October 2019 in Ranchi, playing against the South Africa team, And he has got the chance to play only two Test matches so far, in which he has taken 8 wickets by giving runs at an economy of 3.57.

And after that, he was released, and then he was included in the team of Sunrisers Hyderabad in the IPL auction of 2018 for Rs 3.20 crore. And after that, he has been a part of the Sunrisers Hyderabad team for 3 consecutive years, and then he was again released by the SRH team after playing the 2021 IPL season. And then he has been selected for the Lucknow Supergiants team in the IPL season 2022.

Nadeem has been selected in the Lucknow Supergiants team in the IPL 2022 season with his base price of 50 lakhs.

Nadeem has been playing domestic cricket since Nov 2004 with the Jharkhand team, and he has been playing IPL since the year 2011 and has taken many wickets for his Jharkhand domestic team and for many IPL teams, so let’s see his ‘ Shahbaz Nadeem stats‘